In Guinea, the main parties boycott the dialogue opened by the junta 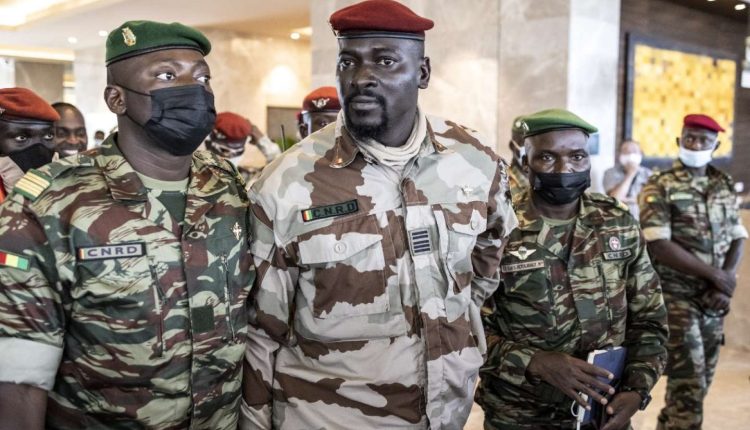 The main Guinean parties boycotted Thursday (November 24th) the opening of a dialogue with the authorities dominated by the military on the conditions for a return of civilians to power, noted an AFP correspondent in Conakry.

This dialogue initiated by the junta is supposed to associate the greatest number with the conduct of the so-called transition period during which the return of civilians to the head of the country must be prepared. But it opens in a climate of strong mistrust after months of repression of all dissent.

Guinea is ruled by a junta which took power by force on September 5, 2021 in one of the various putsches that West Africa has experienced for two years. The military have pledged to give way to elected civilians after a period in which they say they want to carry out deep reforms. The soldiers led by Colonel Mamady Doumbouya have just agreed under pressure from the Economic Community of West African States (ECOWAS) to limit this transitional period to two years from January 2023.

Drafting of a Constitution

The junta-installed government on Thursday launched “the interguinean dialogue framework”. The participants, a mosaic of small parties and civil society organizations, must discuss until December 15 the organization of the elections, the drafting of a new Constitution and the referendum to which it would give rise, or even of the prior population census.

The dialogue has the support of ECOWAS, whose mediator, former Beninese President Thomas Boni Yayi, took part in the opening of the debates. The main political organisations, the National Alliance for Alternation and Democracy (ANAD), the Rally of the People of Guinea (RPG) and the National Front for the Defense of the Constitution (FNDC), on the other hand, boycotted as planned.

Read also: In Guinea, the junta agrees to return power to civilians in two years

They had conditioned their participation on ten prerequisites, including the release of all those who had been imprisoned in a political context, the immediate cessation of the proceedings initiated under the junta against many of their leaders, the possibility for their leaders in exile to return or yet the lifting of the ban on demonstrations. Prime Minister Bernard Goumou replied to them on November 14 that these subjects could be discussed but could not be “a blocking factor” of dialogue.