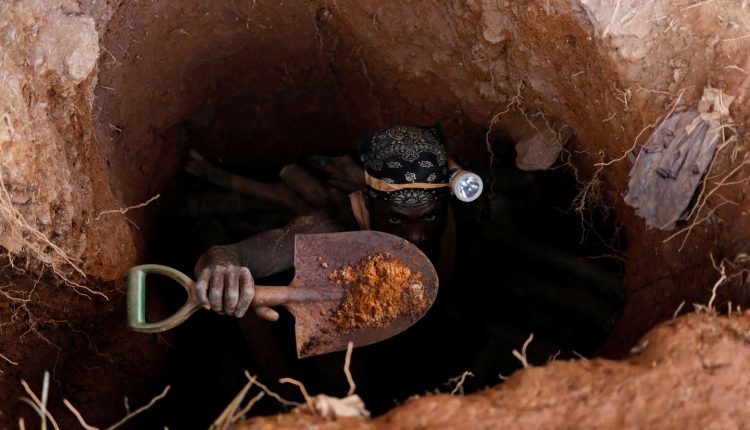 It is an incredible affair, mixing clandestine gold mines, suspicion of sextape blackmail and diplomatic tensions, which has fascinated – and revolted – Ghanaians since the beginning of September. That of the mining magnate Aisha Huang, nicknamed by the local press the “Galamsey Queen » (in French, the “queen of illegal mining”) and tried this fall before the Special Criminal Court of Accra with three other Chinese nationals. Arrested in September in Kumasi, this 47-year-old woman is accused of illegal exploitation of gold and timber in Bepotenten, in the central district of Amansie, in the Ashanti region.

This is not the first time that she has appeared for this reason: arrested and tried between 2017 and 2018, Aisha Huang was able to return to China in 2019 in unclear circumstances. The previous trial, opened in May 2017, ended in confusion after the Ministry of Justice withdrew its charges in December 2018. In the ranks of the government, called to account, a certain cacophony reigned at the ‘era. Some officials assured reporters that Aisha Huang had been expelled, others that she had fled the country. President Nana Akufo-Addo himself eventually admitted to the press that he didn’t know.

It was Minister of State Yaw Osafo-Maafo who ended up talking about an extradition to Beijing, justifying this decision by “excellent diplomatic relations between Ghana and China”, leading foreign direct investment in the country. “The main company contributing to the development of the infrastructure system in Ghana is Sinohydro, a Chinese company, he then recalled in the local press. It is she who will help us process our bauxite and who will provide us with 2 billion dollars. » And to conclude: “Behind these arrangements, other things are happening behind the scenes. Put [Aisha Huang] in prison will not solve our economic problems. »

“Our state is afraid of her”

These laborious justifications have been unearthed in recent weeks by Ghanaian Internet users, furious at the return of the “Galamsey Queen” to their soil. How was she able to obtain a visa and return to Ghana? In the press and on social networks, there is a rumor that the businesswoman has at her disposal sextapes involving several members of the government, which she would blackmail. Or that she would have married a mysterious Ghanaian who could have provided her with papers.

Rumor has it that she has sextapes involving several members of the government at her disposal.

“The Attorney General is no longer the same as in 2018, so we hope that he will do his job until the end, blows a ministerial source close to the file. But I don’t really believe in it. The Attorney General is appointed by the government… and the government has not changed. “Our state is afraid of her, says activist and cartoonist Bright Ackwerh, who crunches Chinese and Ghanaian pundits with the same acerbic pen. Our leaders find themselves in a slump that they themselves created. They lost the trust of the people with their outright lies in 2018, the same people who witness the environmental damage of illegal mining firsthand. »

Read also Article reserved for our subscribers “In Africa, China is fighting back on the legacy of colonialism”

Because the latter, exercised out of control, pollutes the soil and water of the exploited regions, in particular in the case of gold mines, which use enormous quantities of mercury then discharged into the rivers. Repercussions of which the Chinese gold diggers are accused of being at best oblivious, at worst indifferent, and which are at the origin of a growing anti-Chinese feeling in the most affected regions of Ghana.

“It is not only the question of respecting our lands, there is also that of respecting our human rights, says Professor Raymond A. Atuguba, Dean of the Faculty of Law at the University of Ghana, who has been researching the subject since 2017. In galamsey, but also in other sectors of activity in Ghana, the Chinese are often criticized for the way they treat local workers. » In 2020, the NGO Environmental Justice Foundation warned of the working conditions of Ghanaian crews employed on Chinese trawlers, forced to work at unsustainable speeds, deprived of drinking water and sometimes even beaten.

Latest examples: the alleged attempted murder of a certain Isaac Boateng, on September 29, who was allegedly slaughtered by his Chinese employer, director of the works company Paulichenda Engineering, for having claimed the unpaid wages of his team. Then, the next day in Talensi (north), the announcement of the eviction of Ghanaian miners who had refused to cede their land to the Shaanxi mining company, linked to the Chinese state. The Ghanaian government, which had approved plans to expand the mine, sent the army there to evict the residents of the disputed plots.

Read also “Between China and Africa, the relationship is deeply asymmetrical”