In Gabon, an important opponent arrested with three suitcases of banknotes 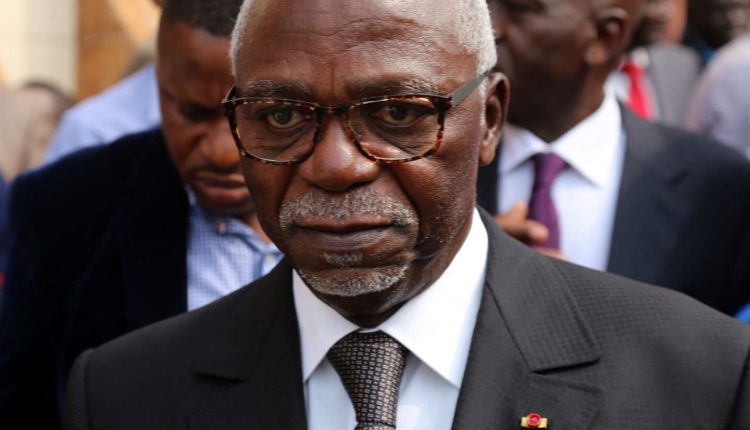 A former president of the National Assembly in Gabon who has become a strong opponent was arrested on Saturday September 17 at the border, on returning from Congo, with three suitcases filled with banknotes representing nearly two million euros, announced Sunday at the AFP from judicial sources.

Guy Nzouba-Ndama, 76 and president of the lower house for nineteen years, resigned in March 2016, a month before running for president against the head of state, Ali Bongo Ondimba, then joining his rival Jean Ping, beaten by a few percentage points by the outgoing. His arrest comes ten months before the August 2023 presidential election for which Mr. Nzouba-Ndama is a potential candidate.

President of the Democrats party, he “was arrested yesterday in Kabala, in the east, shortly after crossing the border from Congo”told AFP an official of the prosecution of Franceville (east), who requested anonymity.

Mr. Nzouba-Ndama had “Aroused the suspicions of the customs officers by refusing to submit his luggage to their control, they warned the gendarmes who stopped his vehicle a few kilometers further”, according to the magistrate. The military “searched his luggage and discovered 1,190,000,000 CFA francs in banknotes in three suitcases” (some 1.9 million euros), information confirmed to AFP by another magistrate and a senior government official. A video showing the search in the presence of Mr. Nzouba-Ndama has gone viral on social networks.

It is legal to move from one country of the Economic and Monetary Community of Central Africa (CEMAC, of ​​which Gabon and Congo are members) to another with any amount of money, but beyond a million CFA francs, “it must be declared to customs and its owner must justify its origin and destination within the framework of the rules on the fight against money laundering or the financing of terrorism”according to the two magistrates.

Mr. Nzouba Ndama “Is heard in police custody in Franceville by the General Directorate of Research (DGR) of the gendarmerie, as part of a preliminary investigation opened by the prosecution on the source and destination of these funds”announced at the end of the afternoon one of the two sources.

The Democrats, referring to a “humiliating staging” in a press release, hear “surround yourself with all the necessary information, before organizing a press briefing” to inform national and international opinion.

Faithful to President Omar Bongo Ondimba, who reigned for nearly forty-two years (1967-2009) unchallenged over this small oil-rich Central African state, Mr. Nzouba-Ndama continued to lead the National Assembly under the first mandate of his son Ali Bongo Ondimba. In 2017, he founded Les Démocrates, which will obtain ten seats in the 2018 legislative elections, becoming the second political force in the country after the Gabonese Democratic Party (PDG) of Ali Bongo, and was a potential candidate for 2023.

Ali Bongo, elected in 2009 after the death of his father, has not yet formally announced his intention to run for a third term in August 2023, but he is strongly encouraged by his party to do so every day.