In Ethiopia, the nostalgia of Mengistu Haïlé Mariam, the “Red Negus” 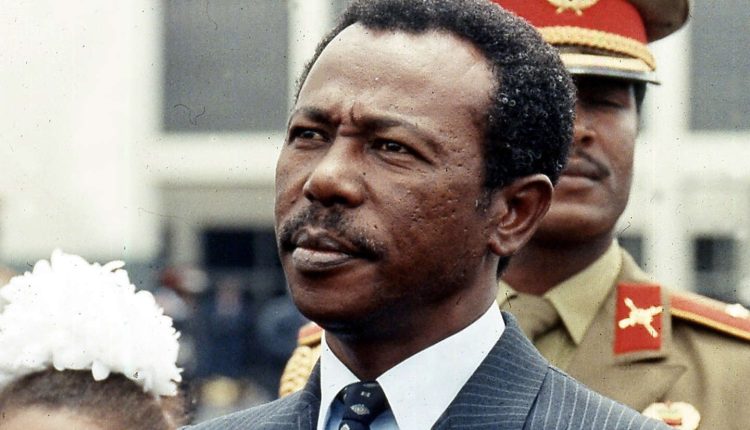 Could Ethiopia witness the unexpected return of Mengistu Haïlé Mariam to the Abyssinian highlands? Harare authorities have for the first time paved the way for a return of the ‘Red Negus’, as the former dictator of the communist Derg regime was nicknamed, exiled in Zimbabwe where former President Robert Mugabe granted him asylum in 1991.

“If the people of Ethiopia approach the government of Zimbabwe, appropriate action will be taken by our government in response to Ethiopia’s legitimate request,” Zimbabwean Foreign Minister Frederick Shava said, to everyone’s surprise, May 17.

In our archives: The bloody saga of the “Red Negus”

Why such a reversal when Mengistu Haïlé Mariam, 85 years old, has not been talked about for years? “It is probably a communication operation in the form of a diversion, because the declaration follows the embarrassing discovery of Rwandan genocidaires who had taken refuge in Harare”, analyzes International Crisis Group researcher Piers Pigou. On May 12, international UN investigators had indeed found the trace in Zimbabwe of Protais Mpiranya, the most wanted Rwandan fugitive in Africa.

This former commander of the presidential guard in Kigali, who died in 2006, was buried in Harare under a false identity, while the International Criminal Tribunal for Rwanda had charged him with eight counts including that of genocide. An unfortunate discovery for a country that is trying to restore its image on the international scene. “Zimbabwe will never protect criminals”defended himself somehow Frederick Shava, in a press release dated May 15.

“The Zimbabwean government was well aware that Protais Mpiranya and around thirty other Rwandan officials resided in Harare for the simple reason that they were used for their expertise, particularly in the repression of demonstrators”, indicates, on condition of anonymity, a former member of the intelligence services, in charge of the protection of political refugees in Harare, including Mengistu Haïlé Mariam.

According to this source, Rwandan exiles were particularly active during Operation Murambatsvina (“moving the garbage”), in which police forcibly removed more than 300,000 people from the Zimbabwean capital in 2005. ” [Mengistu] also helped our services from time to time, at a strategic level. Otherwise, he lived a discreet, reserved, almost monastic existence.adds the former agent.

You have 65.58% of this article left to read. The following is for subscribers only.