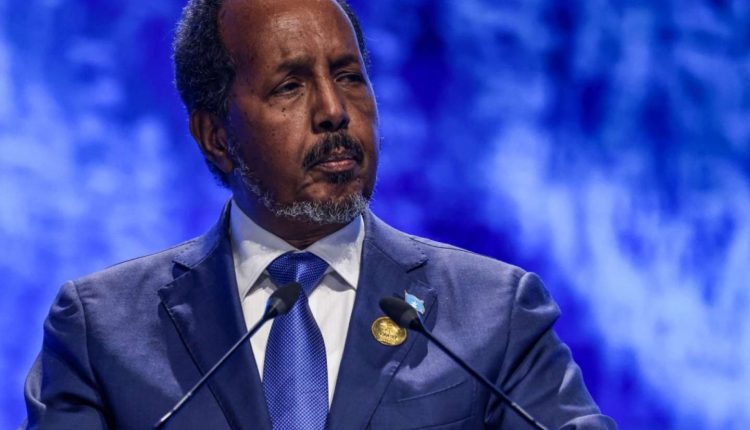 Hassan Cheikh Mohamoud multiplies the visits, but nothing helps: despite two official meetings, in July then in November, the Somali president has still not obtained from Asmara the return of the 5,000 soldiers held against their will in Eritrea since 2019.

“Two thousand of them should return at the beginning of 2023”, assures a source in the Somali government, who wishes to remain anonymous. But the case, long kept secret, is increasingly embarrassing for the authorities in Mogadishu, unable to explain to the families the prolonged absence of their sons, while the war against the Al-Shabaab Islamists rages in the country.

How did these soldiers land in Eitrea? Why doesn’t Isaias Afewerki, the strongman of Asmara, send them back to Somalia? What role did Qatar play in this exchange? The questions pile up and the mystery remains. “It’s stuck somewhere and no Somali official is really honest about it”regrets Samira Gaid, director of the Hiraal research institute and former adviser to the Somali Prime Minister.

The incredible muddle began in 2018. At the time, the Somalia of President Mohamed Abdullahi Mohamed, known as “Farmajo”, signs a tripartite alliance with Ethiopia and Eritrea. The rapprochement between the three neighbors provides in particular for in-depth collaboration in the security field, without the exact nature being specified. At the same time, Mogadishu is launching a recruitment campaign to enable thousands of young people to train in Qatar as security guards for the FIFA World Cup.

“Many clans have scrambled to send young people because Qatar is perceived as lucrative”, says Samira Gaid. But the campaign was misleading and, in December 2019, thousands of young men thinking of arriving at Doha International Airport discovered the Asmara tarmac. Some of them are barely 16 years old.

Read also: Article reserved for our subscribers The shadow of Eritrea hangs over the Ethiopian peace process

Then begins clandestine training provided by the Eritrean army, whose objectives are still unknown today. Is it a question of training soldiers for the fight against Chabab, as the Somali power claims, or mercenaries in the service of Isaias Afwerki? The families are not taken into confidence. The soldiers are deprived of telephones, communications with their relatives are prohibited.

But the rumor surrounding the lost soldiers begins to swell in 2021. Meanwhile, the Horn of Africa has been set ablaze. Eritrea is fully engaged in the civil war in Ethiopia and occupies whole sections of the Ethiopian region of Tigray. A document from the UN special rapporteur reveals, in May 2021, that “Somali soldiers were transported from their training camp to the front line in Tigray, then accompanied the Eritrean troops to Ethiopia”. The United Nations report their presence in the vicinity of Aksoum, a city in which Eritrean soldiers perpetrated a massacre in November 2020. At the time, Mogadishu and Asmara denied all.

The “North Korea of ​​Africa”

The location of the naval cadets, their participation in the fighting and any losses are impossible to verify given the lack of access and the telecommunications cut in Tigray. But the former deputy director of Somali intelligence, Abdisalam Guled, assures the World that 370 Somali soldiers died on the battlefield. “What I fear is that the dead will be counted when the contingent returns to Somalia,” he declares, before describing them as “captives of the prison of Isaias Afwerki”.

In January 2021, a Somali father, Ali Jamac Dhoodi, told Reuters that he had been visited at his home by Somali intelligence agents announcing the death of his son. A son he thought was then in training in Qatar. After handing him $10,000 in compensation, the agents asked Ali Jamac Dhoodide not to ask questions about the circumstances of his death.

Read also: In Somalia, the “total war” against the Al-Shabaab

A deserter, who returned to Somalia in July 2021, described the distressing treatment meted out to his comrades, citing one death from dehydration and another from drowning. It depicts how they sometimes find themselves forced to work in the fields for days on end. Stories that echo those of Eritrean soldiers who manage to flee compulsory conscription in this authoritarian country, sometimes nicknamed the “North Korea of ​​Africa”, where men never know the end date of a military service which is voluntarily intended to be of indefinite duration.

Following these revelations, several demonstrations shook the Somali capital. Parents of soldiers, without news of their sons, march through the streets of Mogadishu, demanding accountability from the government. The Farmajo administration will still refuse to comment on the situation. His successor Hassan Cheikh Mohamoud will eventually meet them, promising to repatriate their children. The administration makes public the sending of soldiers to Eritrea and acknowledges the death of ” some “-some of them. According to Samira Gaid, “about eighty actually died during training”.

Initially, according to several sources, the sending of soldiers to Eritrea was to be financed by Qatar. In 2018, Doha enjoyed close proximity to President “Farmajo”. But the small Gulf country would have finally refused to pay for the training following the electoral success of Hassan Cheikh Mohamoud, seen as very close to the United Arab Emirates. “The government is counting on the Emiratis to settle the release of some of the soldiers”, says Samira Gaid. According to Dini Mohamed, a member of Somali civil society, “Eritrea would request the payment of a sum of just over fifty million euros to Somalia”.

Read also War in Tigray: for the first time, Eritrea recognizes its participation in the conflict in Ethiopia

For his part, Hassan Cheikh Mohamoud promises that once back these troops will face the Islamists Chabab, the Islamist group affiliated with Al-Qaida against which Mogadiscio has been fighting for more than a decade. “The Somali people are very enthusiastic about your return, and the enemy [Chabab] will be demoralized seeing you”, did he declare. A very unlikely scenario according to Abdisalam Guled. “I highly doubt that these boys who have been lied to, who have had their true fate hidden from them, who have found themselves trapped and abused will want to fight alongside the government when they arrive in Somalia”believes the former deputy director of Somali intelligence.