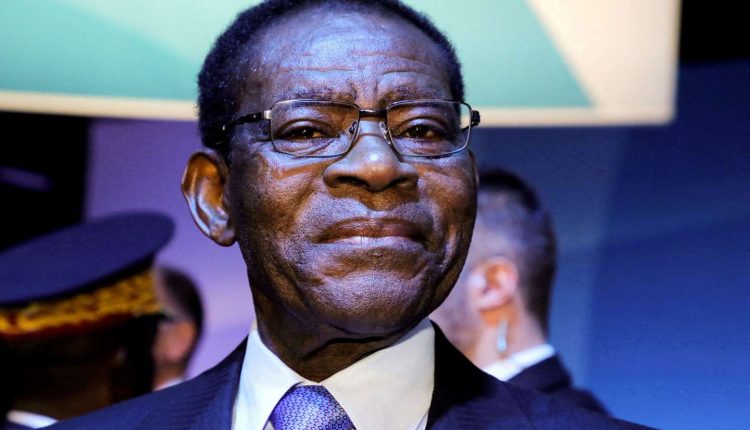 More than forty-three years: Teodoro Obiang Nguema Mbasogo holds the world record for longevity in power for a head of state still alive, excluding monarchies. Saturday, November 26, the president of Equatorial Guinea was re-elected without surprise, with 94.9% of the vote, for a sixth term in this small oil state in Central Africa with one of the most closed and authoritarian regimes in the world.

Already re-elected in 2016 with 93.7% of the vote, he seemed to be preparing a dolphin in recent years, one of his sons, Vice-President Teodoro Nguema Obiang Mangue, alias Teodorin, an inveterate jet-setter known for his luxurious lifestyle. and convicted in France in the case of “ill-gotten gains”.

At 80, the head of state had been limiting his public appearances for two years when his son was taking more and more light. The all-powerful and feared vice-president Teodorin, in charge of defense, did not, however, give up appearing on social networks surrounded by naiads or at the wheel of racing cars as rare as they are expensive.

In mid-December 2021, everyone expected the ruling party to nominate him as a candidate in place of his father. But the caciques of this clan power, as well as the close guard of Teodoro Obiang, judged that it was too early and too provocative to propel him as successor at a time when the fall in hydrocarbon revenues since 2014 and the Covid-19 pandemic made his country even more dependent on foreign aid and funding. The Democratic Party of Equatorial Guinea (PDGE) then decided, against all odds, not to appoint anyone, and it was only two months before the election that the Head of State returned.

“I have been in power for too long but the people still want me to be their president. This is the last time I will show up.”, he had nevertheless confided to the weekly Young Africa just before his re-election in 2016. Then titillated on the succession prepared for Teodorin, he had retorted: “Equatorial Guinea is not a monarchy, (…) but I can’t help it if he has talent. » Unlike his son, the very austere Teodoro Obiang is reputed to lead an ascetic life, have a healthy lifestyle and practice sports daily.

Read also: In the DRC, the rebel advance towards Goma suspended

On August 3, 1979, it was by arms, with officers, that he overthrew his uncle, the bloodthirsty dictator Francisco Macias Nguema, shot two months later. He kept the fear of the coup. His praetorian guard is made up of soldiers from his clan reputed to be loyal, but his closest bodyguards are Israelis, and the security of the palace is partly entrusted to Zimbabweans and Ugandans, in order to prevent betrayal.

Since coming to power, he claims to have thwarted at least ten coup or assassination attempts and, to each, Malabo has responded with increased repression, pell-mell accusing the opposition in exile and “foreign powers”.

Teodoro Obiang, first head of a country without great resources and treated smugly by other African presidents, benefited from the discovery of oil in territorial waters in the early 1990s. The cards are reshuffled, the country enriches. In 2021, this sparsely populated country is Africa’s third richest in GDP per capita, according to the World Bank, but the wealth is concentrated in the hands of a few families, a very large majority of the 1.4 million residents living below the poverty line.

Equatorial Guinea is regularly cited by NGOs as one of the countries where corruption is highest. Teodorin Obiang was given a definitive three-year suspended prison sentence and a fine of 30 million euros in a case of “ill-gotten gains” in July in France, his assets are frozen and he has been banned from the United Kingdom since 2021 for ” corruption “ and “embezzlement of public funds” in his country. He also had to give up $26 million in assets in the United States to end a corruption prosecution the same year.

Only facade opposition is tolerated in the country. Until 1991, the PDGE was a single party, before the power tolerated small satellite movements or “of opposition”, which Mr. Obiang has removed when they become too threatening. In this small country gladly nicknamed by the detractors of Obiang the “African North Korea”the arrests or disappearances of opponents are frequent, and many of them have found refuge abroad, particularly in Spain, the former colonial power.