In Côte d’Ivoire, the anger of the Malian community after the ECOWAS sanctions 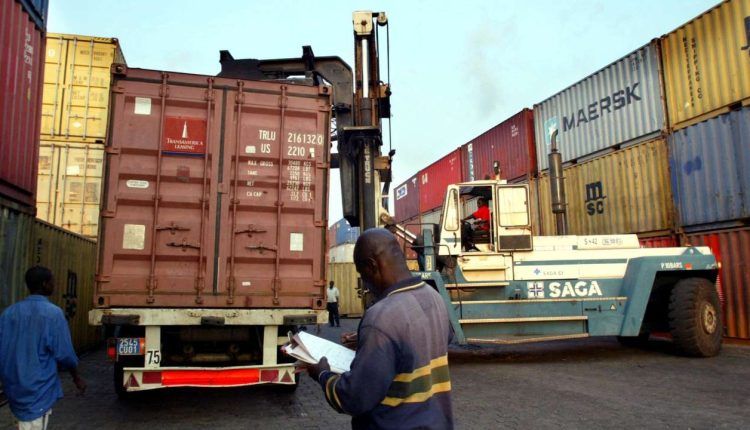 Usually, the “Mali car park”, located near the terminals of the port of Abidjan, is in turmoil from Monday to Saturday. About 250 trucks loaded with food products, consumer goods and especially clinker (the main constituent of cement) leave this freight forwarding station every week and leave the Ivorian economic capital to head north, towards neighboring Mali.

But an unreal calm reigns on the spot since the announcement by the Economic Community of West African States (ECOWAS), Sunday, January 9, of a new salvo of punitive measures against Bamako to sanction the ruling junta, including an embargo on trade and financial transactions. A hundred trucks are parked in tight rows and as many drivers languish under the trees, waiting to know if they will be able to hit the road with their goods.

Wearing a Dogon cap, Ibrahim Sangaré, a Malian trader working in import-export in Côte d’Ivoire, is not losing his temper. Its trucks, stuffed with rice and sugar imported from Asia and arriving by container, are stuck there, more than 1,000 km from Bamako, their final destination. However, the sanctions regime provides exceptions for “consumer food products” and other basic necessities, such as medicines.

“The measures announced are already very brutal, but if we make them even tougher on the ground, to the point of preventing food from crossing the border, it will quickly turn into a tragedy for our brothers and sisters., loose Ibrahim Sangaré. Not to mention our business, which will collapse. »

“When in doubt, we blocked everything”

On the spot, the customs officers defend themselves and invoke a “break-in” administration to explain the confusion. “We were surprised by the announcements of sanctions and the demand to apply them without delay, says one of them. When in doubt, we blocked everything. » Petroleum products and electricity sold by Côte d’Ivoire to Mali should also benefit from the exceptional regime. In the meantime, wholesalers are thinking of using other trade routes, notably via Guinea, where the military in power refuses to apply the blockade against Mali.

In response to ECOWAS measures, the Malian junta announced the closure of its borders, which risks complicating the transport of livestock (mainly oxen and sheep), certain vegetables, shea butter and textiles in from Mali. Also an importer of dried beef skins, a very popular food in Côte d’Ivoire, Ibrahim Sangaré is enraged: “This economic blockade will be untenable within a few weeks. It asphyxiates Mali and all Malians, those established in the country like those of Côte d’Ivoire. »

And these are many. About 3 million, according to the Council of Malians in Côte d’Ivoire, an offshoot of the Ministry of Malians Abroad. In the Abidjan commune of Attécoubé, Kodiogo Samake, the leader of the local Malian community, says with a smile on his face that they are “a majority minority” in his neighborhood. Prevent this economically strong diaspora – and the largest in the entire sub-region – from sending financial aid to relatives back home, “it’s criminal”, he protests, referring to the suspension of financial transactions.

The question is far from being anecdotal for Mali. Remittances paid by the diaspora represent around 7% of its GDP, according to the World Bank – more, according to other experts. By sending a sum of money each month, Kodiogo Samake supports “about forty people in the south of the country”, he said, rolling the beads of his rosary between his fingers.

” Fortunately “, since the blocking of sending platforms on Sunday, solidarity networks have been set up and parallel money transfer systems have taken over. “We have taken up our old methods for making our payments to our loved ones, those we used before the arrival of mobile money [paiement par téléphone portable] », he said laughing. On both sides of the border, economic operators – mainly large traders – who have cash and the means to circulate it play the role of informal bankers. But the fees are higher and the transactions less easy.

A feeling of “collective punishment”

Gathered at the ” Dean ” Kodiogo Samake in the « grin (outside meeting place) in the neighborhood, several Malians from Abidjan explain that they were against “repeated coups d’etat” occurred in recent months in Mali, then against “the five-year timetable proposed by the military to restore democracy”. But, summarizes Ibrahim, a Malian flag on his back on this day of the African Cup of Nations (CAN) match against Tunisia, “the sanctions taken by our own African brothers against our people disgust us”.

A feeling of “collective punishment” shared by the rest of the group. Some accuse the Ivorian president, Alassane Ouattara – a pillar of ECOWAS – of having “wanted to please the French”. The emotion is all the stronger as many Malians or people with both nationalities are early supporters of the man they affectionately call “ADO”. Originally from the north of Côte d’Ivoire, he shares a strong cultural heritage with their people.

Read also In Mali, vagueness around French and UN military flights after the borders are closed

Djibril Arama, head of youth in Côte d’Ivoire of the Superior Council of the Malian Diaspora (CSDM, which claims several hundred thousand members), is rather calm about the sequence of events. The junta, he wants to believe, will end up proposing “a new timetable for the transition, more acceptable to ECOWAS”, and the members of the regional organization will be sensitive to it. ” In any event, he asks, who can believe that by planting such sanctions we will reap democracy? »

The Ivorian people also take a dim view of punitive measures, he said, referring to the statements and testimonies read on social networks, in particular that of reggae star Alpha Blondy, who attacked the presidents of ECOWAS member countries. He also cites the African Peoples’ Party-Côte d’Ivoire (PPA-CI), the new formation of former President Laurent Gbagbo, which, in a press release, indicated that it would stand “firmly alongside the brotherly people of Mali”.