In Côte d’Ivoire, poor secondary school students threatened with exclusion from their schools 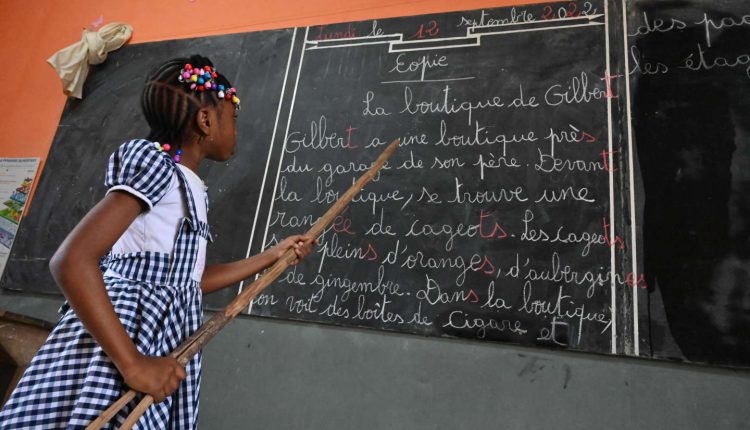 The start of the new school year has just taken place in Côte d’Ivoire, but for secondary school students, the countdown has already started: those who will have less than 8.5 points (out of 20) on average across the school year will be expelled from their establishments, without the possibility of being drafted. The measure, presented a few days before the reopening of classes by the Minister of National Education and Literacy, Mariatou Koné, has one objective: “Raise the level, encourage students to work and fight against mediocrity. »

A method that parents of students sometimes have trouble understanding. Mireille Aka, mother of three young girls, one of whom has just entered secondary school, sees it rather as the symbol of an unfair education system: “We say that school is compulsory for all, but we intend to send back and exclude those who will not succeed”, she says in front of the gate of a school in the popular district of Anono, in Abidjan. The Ivorian school, “in ruins since the crisis”requires using “radical actions to once again aim for excellence”, but this must not be done to the detriment of children who are in difficulty. “This is not the united Ivory Coast” she points out.

Germain Diabaté, in his forties, executive in the private sector and father of two daughters, shares the mixed feelings of Mme aka. If he hopes that this type of “Strict rules will put kids back to work and empower parents”he fears, however, that the measure will turn into “ microbe factory, a pejorative expression to refer to juvenile delinquents who live on the streets.

Faced with the questions that began to agitate public opinion, the minister defended herself, indicating that this was an old rule, forgotten in recent years but which has proven itself in the past. Called for by the teaching body, its restoration is the result of the general assembly of the Ivorian school which was held throughout the last school year and whose conclusions were returned to the head of government Patrick Achi at the beginning of September. . Pressed to say what will happen to the excluded students, Mariatou Koné explained that they would be redirected towards technical education and vocational training.

You have 53.2% of this article left to read. The following is for subscribers only.

Who blames Eskom, the public electricity company in South Africa?