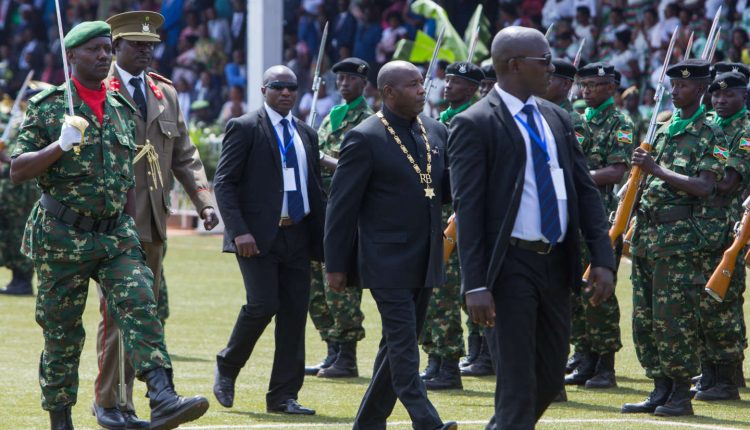 Real improvement or simple ripolinage? Two years after the election of President Evariste Ndayishimiye, Burundi is experiencing a certain openness, especially internationally, but human rights violations continue in this small closed country of Africa’s Great Lakes. Mr. Ndayishimiye seems to want to break with his predecessor, Pierre Nkurunziza, whose controversial third mandate had triggered a deep political crisis from 2015, marked by fierce repression and the exile of some 400,000 Burundians.

The new head of state “brought a breath of fresh air to Burundi, it’s to his credit” and seems “wanting to make things better”greets a diplomat stationed in Bujumbura, the economic capital.

Read also Article reserved for our subscribers In eastern DRC, three months of joint operations with Uganda and meager results

Upon his election in May 2020 from Nkurunziza, this cacique of the CNDD-FDD, the powerful and very military party in power since 2005, is expected to follow in the footsteps of the “Supreme Leader”. But Nkurunziza dies the following month. And quickly the general “Evarist”which is said ” generous “ and “not harsh”, stands. His predecessor denied the existence of Covid-19 in his country? The new president calls the coronavirus a “biggest enemy of Burundians”. Nkurunziza was locked up in Burundi? President Ndayishimiye went to the UN, to Brussels, to Dubai.

“On the international stage, it’s very clear, these are very clear advances. Burundi regains its place on the international scene when it was isolated », observes another diplomat. At the beginning of 2022, the United States and the European Union, the main donor of the country ranked as the poorest in the world in terms of GDP per capita, announced the resumption of their aid, after the lifting of the economic sanctions imposed in 2015 and 2016.

The EU particularly welcomed the ” efforts “ Burundians in terms of the rule of law and good governance, while Burundi is one of the ten most corrupt countries, according to Amnesty International. Figures from civil society returned, and the BBC was allowed to broadcast again. Foreigners now automatically receive a visa at the airport.

Ndayishimiye “does things, we feel that he puts pawns here and there”confirms Julien Nimubona, professor of political science at the University of Burundi, before qualifying: “He would like to go further but there is quite terrible resistance. »

These resistors have a name: ” general “. This conclave, which met in the maquis when the CNDD-FDD was still only a Hutu rebellion, is behind the scenes the true master of power, according to experts.

The generals counterbalance “system depollution” that should lead the president, to whom we know few allies, notes Mr. Nimubona. In 2021, “Evarist” revealed his loneliness in a speech: “There are those who told me that I would die of exhaustion trying to flush out the faults committed” Where “How do you expect me to do since I haven’t found anyone to help me among my collaborators? »

But if the experts wonder about the extent of his room for maneuver, some of them also question the sincerity of the one who remains a general among generals. In fact, despite promises, human rights violations continue. In September 2021, a UN commission of inquiry affirmed that the situation remained “disastrous” in Burundi.

“There are certain aspects where there has been no development, I am thinking in particular of torture, kidnappings, enforced disappearances”, says Carina Tertsakian of the Initiative for Human Rights in Burundi (IDHB), based abroad. Intelligence and the party’s youth league, the Imbonerakure, play a major role in these abuses, Human Rights Watch denounced in a report on Wednesday.

Some opposition parties, such as the CNL of Agathon Rwasa, are certainly authorized but muzzled by the CNDD-FDD which behaves as a single party, note the experts. The protest, they add, comes mainly from armed rebel groups.

Read also: Young Burundians want to “show the beauty” of their country to attract tourists

As for civil society, it censors itself. “Many civil society organizations, and especially those on the ground, avoid working on sensitive issues of governance and human rights”admits Faustin Ndikumana, president of the NGO Parcem.

For Thierry Vircoulon, specialist in Central Africa at the French Institute of International Relations (IFRI), the party in power remains “fundamentally authoritarian”. “After Nkurunziza, we go to a decompression phase, but that does not change the DNA of the regime”he insists.