In Burkina Faso, a new warning to France 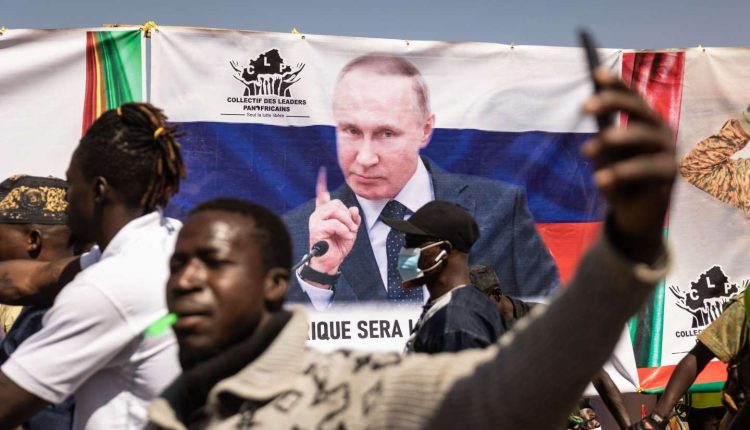 HAS Ouagadougou, at the end of 2017, Emmanuel Macron had been applauded by Burkinabe students by affirming his desire to break with a postcolonial vision and to normalize relations with Africa. Without being able to curb outbursts of condescension, he claimed to speak as equals with Africans by ceasing to give them lessons, even declaring: “There is no more African policy for France! »

Read also: Article reserved for our subscribers Burkina Faso formalizes its request for a break in the French military presence in the country

The injunction addressed to France, Monday, January 23, by the military junta in power in Burkina Faso, to withdraw within a month its four hundred special forces soldiers based in Ouagadougou, shattered, five years more late, the ambition of a “new uninhibited partnership” that the president wanted to promote with the former French possessions. Meanwhile, the failure of the French military, initially applauded, to restore security in Mali against the grip of the jihadists has fueled a wave of resentment against Paris in the Sahel, which has been exploited by military putschists supported by Russia. The refusal of some of the African states to condemn Russian aggression in Ukraine at the UN has brought to light the gaping hole in a fault line that is far from affecting only France.

In 2022, French soldiers were forced out of the Central African Republic and Mali. Each time, the power counts on the support of the Russian mercenaries of Wagner, who finance themselves by plundering the mineral resources. A comparable scenario is underway in Burkina Faso, even if the army there seems divided on military cooperation with France.

In this context, the rhetoric hostile to French policy, supported by Russian propaganda, has become a powerful lever: not only does it easily mobilize the population in search of someone responsible for poverty and insecurity, but, by justifying the interference of Russian mercenaries with little regard for democracy, it allows soldiers who have come to power by force to maintain it.

In Burkina Faso, resentment against French policy does not only feed on fantasies. The Burkinabés do not forget the troubled role of Paris in the assassination, in 1987, of Thomas Sankara, a young revolutionary president, nor the unfailing support of France for Blaise Compaoré, accomplice in this crime, who occupied power for twenty -seven years. This past of close proximity to the former colonizer fuels the trials of interference and arrogance, in a country destabilized by the war imposed by jihadist groups and maintained by social conflicts and the impotence of the State.

The massive arming of the villagers desired by Captain Ibrahim Traoré, transitional president, risks ultimately plunging the country into civil war, while the attacks since 2015 have caused thousands of deaths and two million displaced. Rather than the impasse of the ultra-security spiral in which it is bogged down, the “country of honest men” would benefit from engaging in a democratic transition and the search for a political solution.

Such an orientation would in no way exempt France from a solid reflection on the type of dialogue and presence that it intends to pursue in Africa. This necessary aggiornamento must take into account the fact that each setback, each weakness of Paris constitutes as many opportunities for its rivals – in particular Russians, Chinese and Turks – whose purity of intentions with regard to Africans appears doubtful to say the least.

Read also: Article reserved for our subscribers “For the French armies in Africa, no influence without presence”