In Burkina Faso, a million students deprived of school because of jihadist attacks 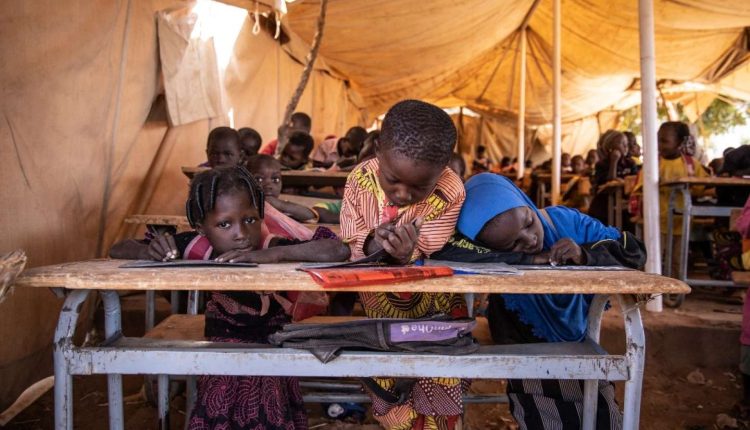 More than 5,700 schools have been closed in Burkina Faso due to the security situation marked by jihadist attacks, depriving a million students of access to education, the NGO Save the Children warned on Wednesday.

“Burkina has just crossed the dramatic threshold of one million children affected by the closure of schools due to the security crisis”, writes the NGO in a press release, adding that 5,709 schools are closed. This is twice as many as the figures announced by the government at the start of the year.

Since 2017, armed Islamist groups have targeted teachers and schools in Burkina Faso, citing their opposition to Western education and government institutions. “These closures represent approximately 22% of educational structures in Burkina Faso. They affect 1,008,327 students”specifies the NGO, which quotes the last report of the technical secretariat for education in emergency situations, a governmental body.

According to the Ministry of Education, more than 28,000 teachers are also affected by these school closures. “For now, and given the urgency, it is essential for governments, donors and the humanitarian community to find and finance immediate alternative solutions to mitigate the risks associated with this situation”declared the director in Burkina Faso of Save the Children, Benoit Delsarte, considering that this is a “dramatic situation”.

“In addition to depriving children of their right to education and intellectual development, the closure of classes exposes them to many other risks that permanently compromise their well-being and their future”he pointed out.

Read also: In Burkina Faso, the authorities advocate “patriotic mobilization” in the face of the terrorist threat

For more than seven years, Burkinabe civilians and soldiers have been regularly bereaved by increasingly frequent jihadist attacks, particularly in the north and east of the country, which have caused thousands of deaths and forced some 2 million people to flee their homes.

Appointed President of the Transition by the Constitutional Council on October 21, Captain Ibrahim Traoré, author of a military coup on September 30 against Lieutenant-Colonel Paul-Henri Sandaogo Damiba, has set himself the objective of “the reconquest of the territory occupied by hordes of terrorists”. It was the second coup d’etat in Burkina Faso in eight months where the putschists each time invoked the deterioration of the security situation.