In Burkina Faso, a dozen soldiers and civilians suspected of preparing a coup 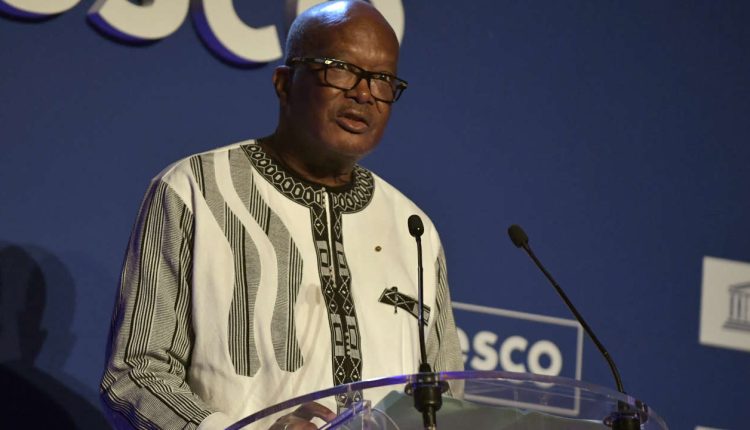 The mystery remains in Burkina Faso, since the announcement, Tuesday, January 11, of the arrest of several soldiers suspected of preparing a “project to destabilize the institutions of the Republic”according to the press release from the military prosecutor’s office, seized “by denunciation of a member of the band”. During the week, the gendarmerie made new arrests.

In total, fifteen people were arrested, “two officers, seven non-commissioned officers, one non-commissioned member and five civilians”, announced, Thursday 13, the Minister of the Armed Forces, Aimé Barthélémy Simporé. Two civilians and a soldier were released after the first hearings and twelve people are still in preventive detention “for the purposes of the investigation”added the minister, without giving further details.

Read also In Burkina Faso, anger rises after the deadly attack on the Inata post

Was the group of soldiers preparing a putsch? Did the security services prefer to anticipate a planned coup in the making? Nothing filters on the side of the Burkinabe authorities. “We let justice do its job, no leak should compromise the investigation”, said a source within the gendarmerie.

In Burkina Faso, this still fragmented information came as no surprise, as rumors of a coup d’etat have persisted since a series of demonstrations against the authorities in November 2021. A new march is planned for January 22 in the capital, Ouagadougou. , while the population is overwhelmed by the worsening violence in the country. Since 2015, attacks attributed to armed jihadist groups affiliated with Al-Qaeda and the Islamic State group have killed more than 2,000 people and forced 1.6 million people to flee their homes.

Of the soldiers arrested, only one name has leaked out, that of the “highest rank”, Lieutenant-Colonel Emmanuel Zoungrana, confirms a security source. Aged about forty, he was the corps commander of the 12and commando infantry regiment, based in Ouahigouya, in the north of the country. The senior officer had been relieved of his post in December and was awaiting reassignment, following an attack on a military detachment in Inata, in the north, in mid-November. This massacre, the bloodiest to date against the army, had officially claimed fifty-seven lives.

Read also Article reserved for our subscribers In Burkina Faso, the army in full doubt in the face of terrorist attacks

In the ranks, Lieutenant-Colonel Zoungrana was known to be a seasoned combatant and a “field man”, according to our information. “He defended many positions on the front line, confides a soldier who carried out a mission with him in the North. He was respected and appreciated by the soldiers. » A close source claims that the officer did not hesitate to denounce the difficult living conditions of the troops and sometimes made decisions, “without the approval of his hierarchy”.

In the barracks, discontent had continued to mount since the tragedy of Inata, which had brought to light serious dysfunctions in the food and logistical supply of the security forces deployed in the field. Before the attack, the head of the detachment had appealed to his superiors for help, reporting that he was so short of food that he was forced to hunt while waiting for relief.

On November 27, thousands of people had demonstrated in several cities of the country to denounce the“incapacity” of power to stem the violence and to demand the resignation of the Head of State. For the first time in the country, the Burkinabe government had suspended access to mobile Internet for eight days, for “security reasons”.

In December, five civil society leaders were given suspended prison sentences of six to 12 months for “illegal demonstration”. Faced with popular anger, the president, Roch Marc Christian Kaboré, carried out a series of dismissals within the army and appointed a new prime minister.

Read also In Burkina Faso, thousands of demonstrators march to protest against the security bankruptcy

Monday afternoon, the day before the arrests, the Internet connection was again suspended for nearly fifteen hours, according to the NGO NetBlocks, without any explanation being given by the authorities. “We ask the national opinion to stick to official information and to stand out from everything that circulates in the press and on social networks”, insisted the minister of the armies, Thursday.

Pending the results of the investigation, the vagueness persists on the real motivations of the group of soldiers arrested. “Were they frustrated, did they want to take advantage of an opportunity?, asks a Burkinabe analyst, or do they pay the costs of rivalries between military leaders? »