In “Bibiche”, Raozy Pellerin recounts the life of a Congolese refugee in France 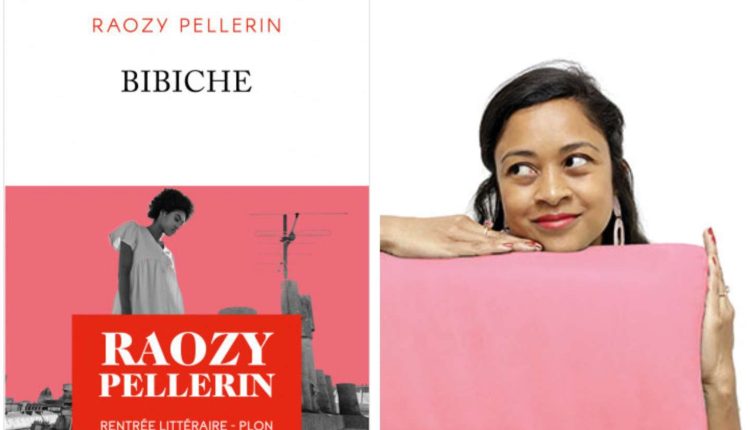 In the room of a shelter in the greater Parisian suburbs, a woman waits in anguish to receive the letter on which her future depends. Aged 36, originally from the Democratic Republic of Congo (DRC), she had to flee her country because of her activities as a political opponent, which earned her a stay in prison. “Sitting on the bed, cramped between these dirty white walls, Bibiche wondered how to be reborn, in this space. These four walls, she had to make allies of them, before they took over. This city, this home, this room stunned him. »

Read also: Article reserved for our subscribers “Consolée”, by Beata Umubyeyi Mairesse: reconnecting all the threads of a broken life

Since she joined France, Bibiche lives as if in parentheses, suspended from obtaining the official status of refugee which will allow her to start looking for work and to take her life in hand. But the realization of this project is by no means obvious. The French administration, faced with the scale of the requests, concerned with procedure and accuracy, forces asylum seekers to follow a long and tortuous journey. You have to provide concrete proof of your life story, go into detail about a past that you would rather forget, made up of suffering, shame, memories made more painful by distance and loneliness: “It was the paradox of all these approaches. While she had come to France to forget, she was constantly asked to remember everything. »

How can you keep hope when you have had to, in spite of yourself, turn your back on the life you had known until then, and the future on a new land is still hanging by a thread? It is through restraint and delicacy, like whispering, that Raozy Pellerin has chosen in this first novel to tell the destiny of his character: a woman whom trials have silenced but whom the roar of her thoughts never leaves in peace. The author lets us see it with fine touches, like a silhouette emerging in the shadows. Thus, we will know of her her childhood in the family in Kinshasa, her political activist father, whose trace she will naturally follow with the faith and innocence of youth, her life as a married woman who is both modest and active.

Read also: “Three books that marked me”… by Emmanuel Dongala

Until everything collapses following a demonstration that goes wrong. Incarcerated, the young woman knows the humiliations and extreme violence of Congolese jails, where impunity and corruption reign. After her escape, she finds herself in Europe, in a stretched and unhappy time where she feels like in apnea: “His life was just a succession of steps, from week to week, from month to month. Maybe we were testing his ability to resist. The Administration was unaware that she was testing her own will to survive. […] It was like that, she had only two possibilities, to reconcile with herself or to destroy herself. »

A few positive figures nevertheless surround Bibiche: Marguerite, the benefactress who was the first to offer her a home; Dinah, his young sidekick at home; Me Azoulay, his lawyer; Ludivine, a psychologist; and also Raoul, the Angolan friend met during a court hearing. The question remains whether from all that she has experienced, Bibiche will one day be able to recover.

With this novel, Raozy Pellerin is not content to give a face to those who are too often brought together under the general labels of migrants, immigrants or refugees; the novelist, born in Marseille to parents of Malagasy and Comorian origin, also subtly shows the importance of the trauma that such a brutal and definitive change in life can produce.

The author also manages to modulate her gaze on the two countries of Bibiche’s trajectory: on the one hand the niggling distrust of the country of human rights, on the other the violence and omnipotence of a state- thug accustomed to reducing by force of arms any citizen desire for change. Can obtaining asylum ever be enough to repair oneself when one finds oneself in such an impasse? And isn’t the future, instead of hope, a yawning abyss?

Read also: “In the shadow of the city Rimbaud”, a shocking book to end the taboo of female circumcision, in France as in Africa

“It’s all about getting protection in Francesaid Bibiche to herself with anguish. But after that, what awaits me? » By turning his heroine into a young woman who is alternately solid and then wavering, Raozy Pellerin reminds us with accuracy and modesty that asylum seekers, whose States make suspects on the one hand and culprits on the other, are in most often the reality of simple beings that life has struck unexpectedly.