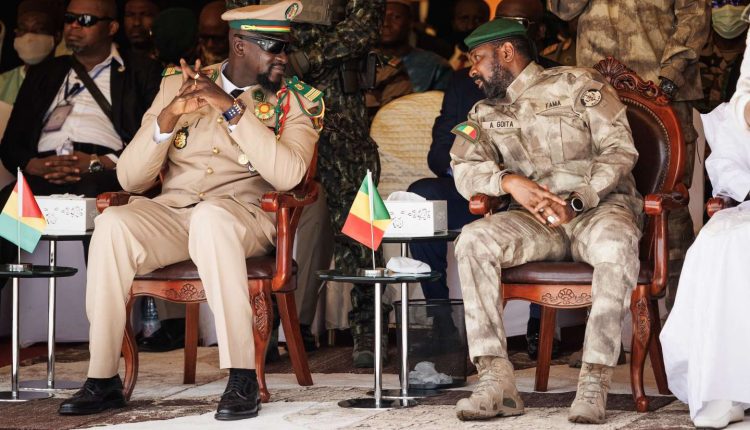 The leaders of West African states meeting in an extraordinary summit on the evening of Thursday 22 September in New York have decided to take “progressive penalties” against the military junta in Guinea. They criticize the soldiers who came to power by force in September 2021 for not considering the return of civilians to the government for at least three years.

Read also: In Guinea, clashes in Conakry one year after the coup

“We have decided to take sanctions against Guinea”declared to Agence France-Presse, the president of the commission of the Economic Community of West African States (ECOWAS) Omar Aliou Touray, after a summit behind closed doors in New York, on the sidelines of the UN General Assembly.

According to a document summarizing this meeting of heads of state, consulted by AFP, “it has been stopped the taking of progressive sanctions on individuals and against the Guinean junta”.

“Very quickly, the current president of ECOWAS and the president of the ECOWAS commission will draw up a list of people to be sanctioned and, gradually, apply these sanctions”according to this text confirmed by several participants.

Invectives of the junta

The president of ECOWAS, the Bissau-Guinean Umaro Sissoco Embalo, had warned in an interview with the French media RFI and France 24 on Wednesday that Guinea was going to the front “heavy penalties” if the junta persisted in wanting to stay in power for three years. He had reaffirmed that during a visit to Guinea he had obtained an agreement with the junta to give way to elected civilians after two years.

Read also: Article reserved for our subscribers Prolonged transition in Guinea: the opposition denounces a “unilateral decision” and an “unjustifiable duration”

The junta had poured out insults against Mr. Embalo on Thursday, calling him a “horn” and qualifying his remarks as ” lies “.

The leaders of ECOWAS met for several hours Thursday evening in New York in a tense atmosphere between some of its members. Nevertheless, all West African leaders gathered in New York, with the exception of Mali, Guinea and Burkina led by juntas and suspended from ECOWAS, agreed to demand the release of 46 Ivorian soldiers detained in Mali , which had sparked a serious quarrel between the two countries.

“We condemn the arrest of the Ivorian soldiers. Tuesday [27 septembre], ECOWAS will send the presidents of Ghana, Togo and Senegal to Mali to secure their release. (…) The time for coups d’etat is over.hammered Omar Aliou Touray.