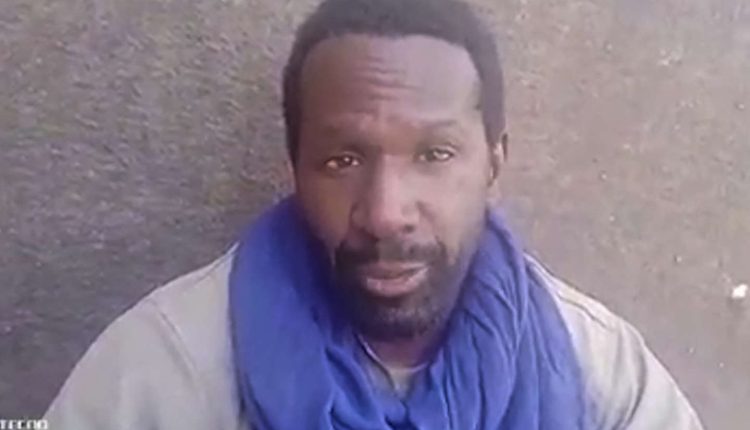 Thursday, December 8 is an anniversary that would gladly happen to the relatives of Olivier Dubois. The journalist has been held by a jihadist group for twenty months after being kidnapped in Gao, in northern Mali. Six hundred and nine days precisely that the 48-year-old man became a currency of exchange in spite of himself. In a video posted on social networks on May 5, 2021, the Frenchman, who has lived and worked in Mali since 2015, said he was in the hands of the Support Group for Islam and Muslims (GSIM), a jihadist alliance in the Sahel. , linked to Al-Qaeda. He remains today the only French hostage listed in the world, since the release, in October 2020, of Sophie Pétronin, also kidnapped in Mali.

Read also: Olivier Dubois: despite the end of operation “Barkhane” in Mali, France remains “mobilized” to free the journalist

Freelancing – article – daily Release and for weeklies Point and Young Africa, the freelance journalist is described by those close to him as sunny, curious, fond of debating and helping people discover what surrounds him. His friend Marc de Boni, former reporter for the Figaropaints the picture of a person who understood very early on that decisive events were being played out in Mali. “He understood that the country was going to become the epicenter of phenomena with geopolitical repercussions affecting the whole world today”, he says, before praising the great rigor of Olivier Dubois. A professionalism which unfortunately did not prevent his abduction on Thursday April 8, 2021.

Since that date, several actions have been carried out by his relatives and supporters of freedom of the press to raise awareness of Olivier Dubois’ hostage condition, in particular through several demonstrations, grandstands or a petition. For Nicolas Hénin, a former journalist who was hostage in Syria for ten months in 2013-2014, the various support committees make it possible to maintain realistic pressure on French and Malian politicians. “It’s also interesting vis-à-vis terrorist groups, who portray us as individualists, to show that we stick together and that we don’t give up”, he argues. Reporters Without Borders (RSF), for example, projected the portrait of Mr. Dubois on the Pantheon in Paris, banners were hung on the pediment of several town halls, and bracelets from the SOS Hostages association were distributed. But that is no longer enough: public opinion seems more absent than before.

“It’s a double punishment on a daily basis”denounces his half-sister Canèle Bernard. “Pain to suffer his absence and that it is difficult to talk about his ordeal”, says the one who campaigns to evoke the anguish experienced by her family to the President of the Republic, Emmanuel Macron. This lesser media mobilization can also be explained by his status as a freelance journalist for the written press, even though the latter play an essential role in international information. “Like any freelancer, the links with the editorial staff are more diffuse, analyzes Elise Descamps, a freelance journalist herself and member of the support committee. However, they take just as many risks, all with an added precariousness on a daily basis. »

You have 41.96% of this article left to read. The following is for subscribers only.

Despite the war in Ukraine, Wagner continues to weave his web in Africa