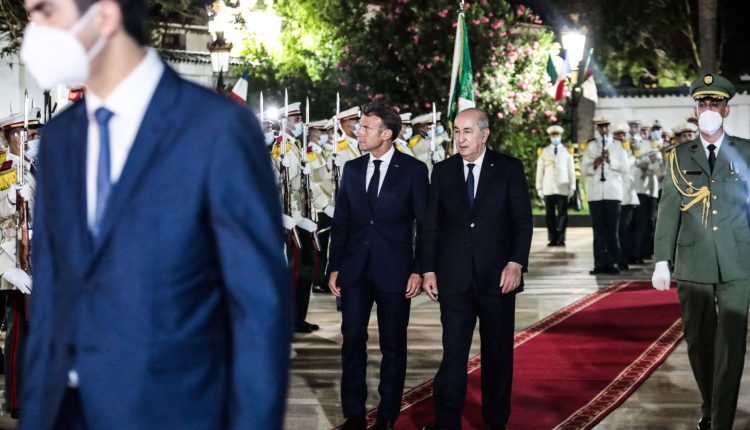 Elisabeth Borne will travel to Algeria on October 9 and 10 to materialize, with her Algerian counterpart, Aymen Benabderrahmane, the ” partnership “ concluded between the presidents of the two countries at the end of August, Matignon announced on Saturday September 24.

“In line with the Algiers joint declaration for a renewed partnership between Algeria and France”adopted on the occasion of the visit of the French President at the end of August, “Members of the French and Algerian governments will meet to reaffirm their determination to promote friendship between France and Algeria and deepen bilateral cooperation in areas of common interest”according to this source.

Announcements will be made ” shortly “ on a possible increase in deliveries of Algerian gas to France, in the midst of an energy crisis fueled by the war in Ukraine, had also specified the spokesman of the government, Olivier Véran, the day after Emmanuel Macron’s visit to Algeria, who welcomed the fact that Algiers is helping “diversification” gas supplies to Europe.

Read also: Article reserved for our subscribers In Algiers, Emmanuel Macron displays his desire for reconciliation

Engie’s president, Catherine MacGregor, was part of the official delegation during the president’s visit. At the beginning of July, on the occasion of the conclusion of an agreement between Engie and Sonatrach on the price of gas delivered to the French energy company, the two companies announced their “intention to extend their partnership to liquefied natural gas [GNL] and natural gas ».

Youth, economy and ecology on the program

Mme Borne, accompanied by several members of the French government, will co-chair, with Mr. Benabderrahmane, “the 5e session of the high-level intergovernmental committee” (CIHN), specified Matignon. “The youth of the two countries” will be on the menu of this CIHN, “which will also make it possible to move forward on economic issues and the ecological transition”added Matignon.

“A renewed, concrete and ambitious partnership” : after months of crisis, Emmanuel Macron and his Algerian counterpart, Abdelmadjid Tebboune, had acted on August 27, in a joint declaration, the revival of bilateral ties, at the end of a three-day visit by the French head of state in Algeria. But it must now be accompanied by concrete actions.

The Algerian President had mentioned, during this visit, the relaunch of several intergovernmental committees, including the CIHN, the joint Franco-Algerian economic committee, the Algerian-French strategic dialogue committee and “an intensification of high-level visits”. It was also planned to“intensify cooperation at all levels and trade exchanges”.

During this visit, the two leaders also paved the way for a relaxation of the visa regime granted to Algeria, in exchange for increased cooperation from Algiers in the fight against illegal immigration. On the sensitive subject of the memory of colonization and the war in Algeria, a commission of Algerian and French historians must also be created to examine ” without taboo “ the archives of the two countries.

Read also: Article reserved for our subscribers The delicate question of compensation for harkis and their children