DRC: “dead city” operation in Goma to denounce “the silence of the republic” against the M23 rebels 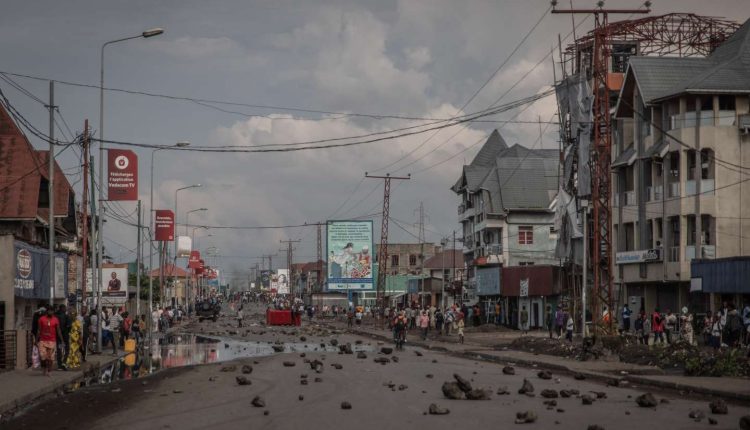 Monday, September 26, activities were paralyzed in Goma, a large city in the east of the Democratic Republic of Congo (DRC), where residents stayed at home at the call of civil society organizations to denounce the occupation of a locality in the region by the rebels of the March 23 Movement (M23), noted AFP correspondents.

“For 105 days, Bunagana has been occupied by the M23” and “the FARDC [l’armée congolaise] do not carry out any offensive against the attackers to retake Bunagana. They may have sacrificed Bunagana but not us”writes on Twitter the Fight for Change movement (Lucha), one of the organizers of the movement.

M23 rebels captured Bunagana, an important commercial hub in North Kivu province on the Ugandan border, on June 13. The M23 is a former Tutsi-dominated rebellion defeated in 2013, which took up arms again at the end of 2021, accusing Kinshasa of not having respected agreements on the demobilization and reintegration of its fighters. Kinshasa accuses Kigali of supporting this rebellion, which Rwanda disputes.

La Lucha called for the holding of two days “dead city”Monday and Tuesday in Goma, capital of the province, to denounce “the silence of the republic”. On Monday, schools, shops, banks and markets remained closed, with the exception of pharmacies. In some neighborhoods, a few angry young people barricaded the streets in the morning and threw stones on the road, before being dispersed by the police, who then opened the way, noted two AFP correspondents.

“We demonstrate to denounce the silence of the authorities, who do not act while Bunagana is occupied by the M23 and our brothers continue to suffer”says Lwanzo Kakule, a young resident of Goma. “Insecurity is growing day by day, people are being killed, the M23 is still in Bunagana and the army is not launching operations to dislodge these rebels”laments another resident, Damien Paluku.

Residents are also calling for the lifting of the state of siege, an exceptional measure introduced in May 2021 by President Félix Tshisekedi with the aim of ending the insecurity caused by the presence of dozens of armed groups in the provinces of North Kivu. and Ituri.

Read also: Article reserved for our subscribers In eastern DRC, the M23 rebellion is pushing more civilians onto the roads

Despite the tensions linked to the resurgence of the M23, the military governor of North Kivu, General Constant Ndima, announced on Monday the lifting in Goma of the curfew which had been in force at night for about two years, first for health reasons linked to the Covid-19 crisis, then for security reasons in the context of the state of siege. This curfew is however maintained in the rest of the province “until further notice, pending the improvement of security conditions”.