Crisis in eastern DRC: the embarrassment of the international community 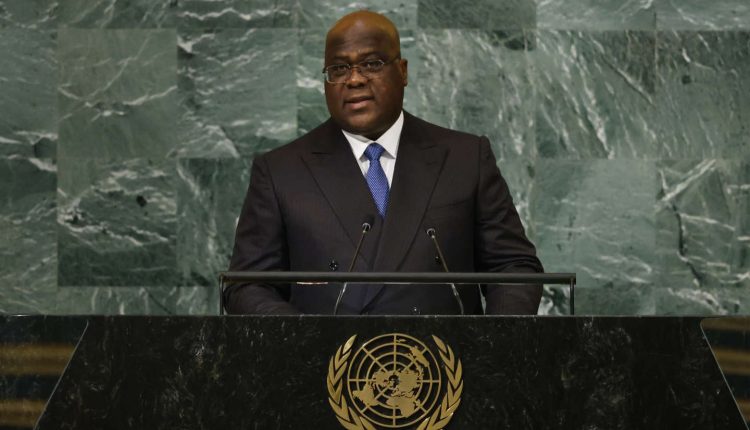 The shared lunch project, in New York, on the sidelines of the 77e General Assembly of the United Nations, by the presidents of Rwanda, Paul Kagame, and of the Democratic Republic of Congo (DRC), Félix Tshisekedi, was surrounded by the greatest discretion. At the origin of this initiative made public at the last moment, Emmanuel Macron, (rotating) President of the UN Security Council, had dispatched his Sherpas, without publicity, to Kinshasa and Kigali shortly before the UN GA . In the end, the press release issued by the Elysée at the end of the meeting shows great diplomatic measure. A reflection of the complexity of the case which, for thirty years, has pitted the two Central African countries against each other through armed groups.

This crisis, like the previous ones, embarrasses an international community powerless to put an end to violence which, over the years, has displaced more than six million Congolese, according to figures from the High Commissioner for Refugees (UNHCR). “It’s not revolutionary, but bringing together [les présidents Kagame et Tshisekedi] is, in itself, a step forward.believes a former senior UN diplomat, who thus demonstrates that the mediators cling to the slightest positive sign.

Non-state armed groups abound in the three eastern Congolese provinces of Ituri, North Kivu and South Kivu, bordering Uganda, Rwanda and Burundi respectively. According to the Congo research group (CGR), an independent study circle, there are no less than 120 groups. But it is the upsurge in the violent activities of the March 23 Movement (M23), since November 2021, which is at the heart of the crisis between the two neighbors.

Kinshasa accuses Rwanda of supporting and equipping this movement, which emerged from another rebellion active until 2014, also close to Kigali at the time. In a report that was supposed to remain confidential but which had leaked in early August, the United Nations group of experts on the DRC said it had “gathered strong evidence of the presence in the Rutshuru region [Nord-Kivu] members of the Rwandan Defense Forces (FRD, the army of Rwanda), of their conduct of military operations and their support to M23/ARC operations”.

Read also: DRC: “dead city” operation in Goma to denounce “the silence of the republic” against the M23 rebels

At the podium of the United Nations, on September 20, Felix Tshisekedi had denounced, in a very offensive speech against his neighbor, but also against a certain apathy of the international community, the” assault “ military “direct” and “the occupation” of Rwanda in the east of his country. He called on the international community to “multiply the pressures on Rwanda and show more firmness towards it”, explaining that “This crisis is caused mainly by the covetousness aroused by its fabulous natural wealth and the power ambitions of some of its neighbors”. An investigative report by the NGO Global Witness established in April that “90% of the quantities of coltan [principale source du tantale], tin and tungsten, (…) exported by Rwanda are smuggled from the DRC”.

You have 50.22% of this article left to read. The following is for subscribers only.