Covid-19: in Africa, the ebb of the Omicron wave 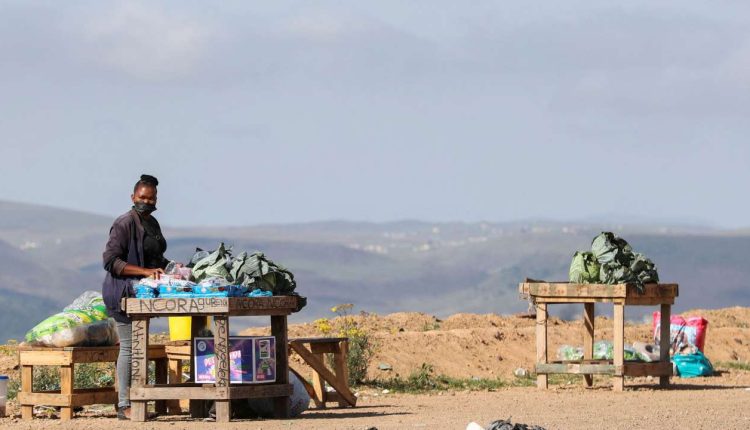 The Omicron wave shows signs of decline in Africa: for the second consecutive week, the contamination figures published by the Center for Control and Prevention of Infectious Diseases (CDC-Africa) show a stabilization, with an increase in new cases limited to 2% for the week ended January 9, after an increase of 5% the previous week. Far, therefore, from the brutal outbreak observed from the end of November, when South Africa revealed the existence of the new variant.

Read also Article reserved for our subscribers Covid-19: in South Africa, the first country confronted with Omicron, the decline is well underway

The ebb recorded in southern Africa largely explains the overall assessment, in particular in South Africa, where 35% of the cases of Covid-19 declared on the continent are concentrated. But this improvement is also noted among the most populated countries, for example in the Democratic Republic of Congo (DRC) or in Egypt.

The African office of the World Health Organization (WHO-Africa), however, is cautious: “At the end of December and beginning of January, health centers were slowed down due to the end-of-year holidays, and this may have resulted in a reduced number of diagnoses. We will have to observe the evolution over the next two weeks to confirm this trend.”, warned Abdou Salam Gueye, regional director for health emergencies.

Omicron has been officially spotted in 39 out of 54 countries. For health authorities, there is little doubt that its distribution is wider. The low testing capacities (1.5 million on average per week for the whole continent) however continue to constitute a strong constraint in correctly understanding the epidemic situation. Some 307,000 new cases were diagnosed last week, a figure comparable to that recorded in France in a single day.

If these data are certainly far from reflecting reality, it is nevertheless confirmed that the new variant has not so far caused a massive increase in the serious forms of the disease nor, consequently, caused a saturation of the hospital systems, as in the third wave related to the Delta variant. The immunity acquired by contamination during the previous peaks of the epidemic and the progress of vaccination in certain countries are the two hypotheses put forward to explain – if confirmed – the brevity of this episode.

However, vaccination continues to progress very slowly. At the start of the year, the question is no longer that of the availability of vaccines, but the ability of countries to deploy campaigns throughout their territory. “I do not know a capital where a person who wishes to be vaccinated cannot do so”, underlined John Nkengasong, the director of CDC-Africa.

The continent has received 563 million doses so far and 60% have been administered. While eight countries have reached the 40% vaccination coverage rate set for 2021, only just over 10% of adults on the continent are fully vaccinated. The populations most at risk – healthcare personnel, the elderly or people with comorbidity factors – are far from having been reached.

The WHO has drawn up a list of 20 priority countries to which teams of experts should be sent from next week to support the ministries of health in the development of their vaccination campaign. Among them, countries with large populations, such as the DRC, Nigeria or Ethiopia, and others, such as Senegal or Côte d’Ivoire, considered “high risk” due to low vaccination coverage and difficulties in absorbing the doses received.

“We are not starting from scratch. All the countries in Africa are used to organizing campaigns in a few weeks, even in a few days, with millions of people. But this time, few of them did this planning exercise. Uncertainties about access to vaccines are the main reason for this”, explains Dr. Alain Poy, in charge of the WHO assistance programme.

Read also: “The need to vaccinate 70% of the African population against Covid-19 deserves debate”

It will also be necessary to find a solution to the lack of money: according to a preliminary figure carried out on the 40 countries monitored by the African office of the WHO, 1.3 billion dollars (about 1.1 billion euros) will be at least required. Only half of this amount is available today. If the WHO and the CDC-Africa continue to repeat that reluctance to vaccination is not an obstacle, targeted messages will nevertheless be developed to convince those who resist.