Covid-19: after more than two months of closure, Morocco will reopen its airspace on February 7 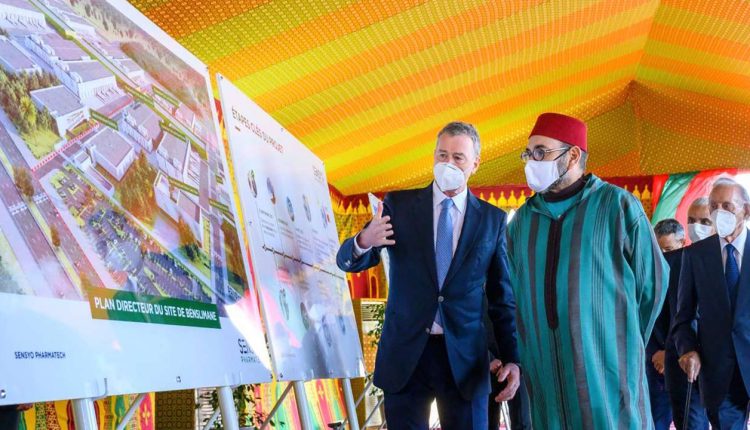 The Moroccan government has decided to reopen, as of February 7, the airspace to flights departing from and arriving in the country, according to a statement released Thursday evening, January 27, by the official agency MAP.

Authorities were under pressure from a bankrupt tourism sector and Moroccans stranded abroad to unblock borders closed since November 29 due to an outbreak of the Omicron variant.

“This decision comes in accordance with the legal provisions relating to the management of the state of health emergency and following the recommendations of the scientific and technical commission and taking into account the evolution of the epidemiological situation in the kingdom”, says the government.

“To support the implementation of this decision, a technical commission is currently examining the measures to be adopted at border posts and the conditions required for travelers, which will be announced later”, the statement said.

The border closures have hit the tourism, hotel and catering industry hard, a vital sector for the kingdom’s economy. Despite the announcement of a two billion dirham (190 million euro) tourism support plan, tourist operators demonstrated on Wednesday across the kingdom to demand the reopening of borders.

Read also Covid-19: in Morocco, the dashed hopes of a revival of tourism

The closure of the airspace had also raised strong protests from the large Moroccan diaspora, especially since some private jet companies were operating connections to Morocco at exorbitant prices – more than 10,000 euros per passenger for a one way – according to news sites and testimonials on social media.

If the peak of contaminations with the Omicron variant seems to have been reached during the week of January 17 to 23, according to the Ministry of Health, the authorities are nevertheless worried about an increase in cases in intensive care. With its 36 million inhabitants, the Maghreb country relies on its vaccination campaign and the “national solidarity” to stem the epidemic: more than 23 million people received a second dose of vaccine.

The authorities’ objective is to immunize 80% of the population, or some 30 million people, with the Sinopharm and Pfizer-BioNTech vaccines.

Read also In the midst of a pandemic, Morocco generalizes its social security coverage

On Thursday, King Mohammed VI inaugurated the construction site of an anti-Covid vaccine manufacturing plant, which should start production next July, in Benslimane, in the region of Casablanca, the economic capital. Named SENSYO Pharmatech, this plant will be dedicated to “the manufacture and syringe of vaccines [anti-Covid et autres vaccins] » and will have “three industrial lines whose combined production capacity will reach 116 million units in 2024”, details the MAP. This company, in partnership with the Swedish company Recipharm, “will ensure the kingdom’s self-sufficiency in vaccines”, according to the agency.

The objective is to manufacture between 2022 and 2025 “the active substance of more than twenty vaccines and biotherapeutic products, including three vaccines against the coronavirus, covering more than 70% of the needs of the kingdom and more than 60% of those of Africa”.

Read also After Western Sahara, the Covid-19 triggers a new quarrel between Rabat and Madrid