Cinema in Paris and Ouaga, exhibition in Brussels, music in Abidjan: the cultural agenda of “Monde Afrique” 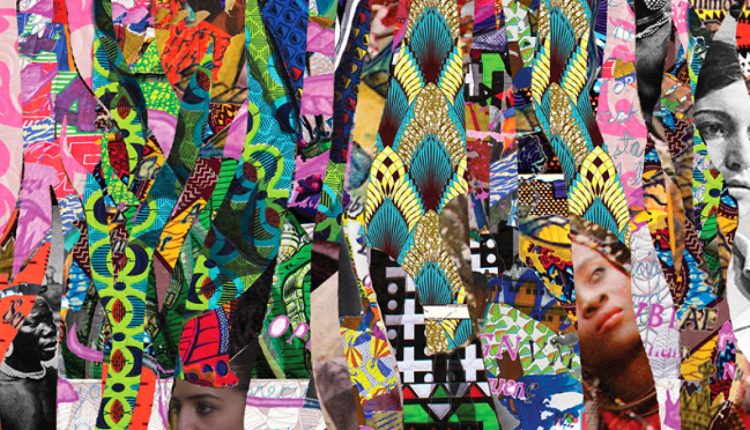 Every Friday, the cultural agenda of the World Africa offers you activities to follow or do on the continent, in France and elsewhere in the world.

A proposal of rare ambition and scope, the film cycle designed by directors Dyana Gaye and Valérie Osouf and presented until February 27 at the Forum des images in Paris, was initiated as part of the Africa2020 season. Referencing a quote from Nigerian Nobel Literature winner Wole Soyinka (“A tiger does not proclaim its tigritude, it leaps on its prey and devours it”), “Tigritudes 1956-2021” proposes to tell sixty-six years of history of pan-African cinema in 126 films from 40 countries of the continent and the diasporas. Since black waters, by Youssef Chahine (1956), a passion in Alexandria interpreted by Faten Hamama and Omar Sharif, until Life after, the first fiction feature film by Anis Djaâd, released in 2021 and dedicated to Algerian society.

The program brings together the great classics and more confidential works, censored or unpublished in France, in a variety of forms (fiction, documentary, animation, experimental film) and formats (short and feature films). To see this week, among others: worship Cabascabo, by Oumarou Ganda (1969), on the return to Niger of a rifleman sent to the front in Indochina; Rhodesia Countdown by Michael Raeburn (1969), a critical view of Southern Rhodesia (now Zimbabwe) on the eve of the civil war; The Black Princes of Saint-Germain-des-Prés, short film by Ben Diogaye Beye (1975), chronicles the relationship between young African men and the Parisian women of this district in the 1970s; and Aziza, by Abdellatif Ben Ammar (1980), which follows the arrival of an orphan in a new popular housing estate in the suburbs of Tunis.

A cycle of encounters, masterclasses and film lessons complete the programme.

Wishing to make the selection of the Pan-African Film and Television Festival of Ouagadougou (Fespaco) accessible all year round, including the 27and edition was held last October, the French Institute in the capital of Burkina Faso offers a film each month that marked the event. Thereby, The Gravedigger’s Wife, by Somali Khadar Ayderus Ahmed, distinguished by the Yennenga 2021 Gold Standard, will be broadcast in three sessions on Wednesday 19, Thursday 20 and Saturday 22 January.

In France, the public was able to admire the paintings of Pili Pili Mulongoy (1914-2007) during the “Beauté Congo” exhibition at the Cartier Foundation in 2015. Paintings and drawings in fresh, tender colors and precise lines, representing a nature at the crossroads of the real landscapes of his native Congo and the ancient legends that rocked his childhood. A dozen works by Pili Pili Mulongoy from a Belgian private collection will be presented to the general public for the first time in the premises of Artcurial in Brussels, as part of the exhibition “Pili Pili, a hymn to life from January 17 to February 9.

Read also “Beauty Congo”, the exhibition that restores the unbridled energy of Kinshasa

Telling the story of Côte d’Ivoire since the 1990s in songs: this is the crazy challenge of 220 accommodations. The original idea and the text of this musical comedy in several parts come from Chantal Djédjé, founder of the Cultural Factory, in Abidjan; the staging by Souleymane Sow and the choreography by Hermann Nikoko. The title of this “Ivorian historical fresco”, the first part of which will be presented at the French Institute in Abidjan on January 21 at 7 p.m., refers to the first large complexes built in the megalopolis, in the Adjamé district.

Read also: Ivory Coast: in Abidjan, on the trail of old cinemas

The first episode (1990-1999) recounts the upheavals of this period through the eyes of its inhabitants (students, workers, retirees, civil servants): the multiparty system in Côte d’Ivoire, the fall in the price of cocoa and coffee, the death of the “father of Independence”, Félix Houphouët-Boigny, and the rise to power of Henri Konan Bédié, Alassane Ouattara and Laurent Gbagbo – political figures who found themselves at the heart of the political crisis of 2010-2011.