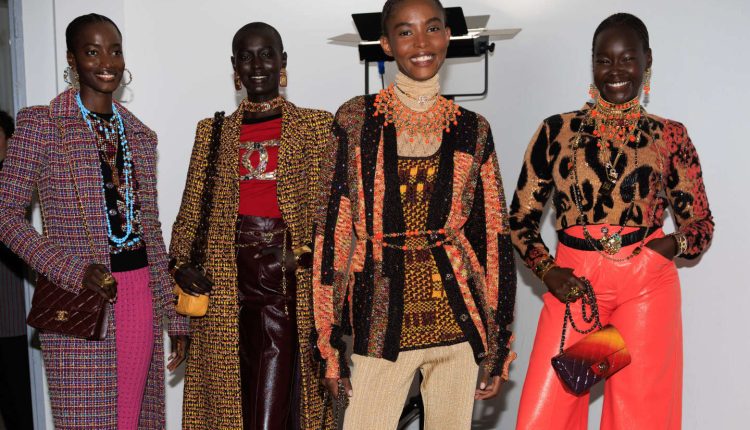 A few months ago, the wide forecourt of the old courthouse in Dakar was used by driving instructors to teach the art of driving. This Tuesday, December 6, at 4 p.m., there is no longer any question of driving lessons: Chanel, which renovated the building this year, is organizing its Métiers d’art 2022-2023 fashion show there. On the forecourt arrive customers in total double C look, French, English or American journalists, as well as celebrities such as Pharrell Williams, Naomi Campbell, Caroline of Monaco and her daughter Charlotte Casiraghi. But, for once, this little world that usually populates Parisian fashion shows is in the minority. Among the 850 guests, there are 550 African or Senegalese artists, designers, students, journalists or politicians – such as Marème Faye Sall, first lady of Senegal, surrounded by four ministers.

Times are changing, and luxury with it. Since 2020, global crises have been piling up at the same time as the growth of the sector is soaring, pushing luxury brands to redefine their role within society: they have provided basic necessities during the Covid-19 crisis. 19, were summoned to express a political opinion after the death of George Floyd in June 2020, are expected as actors (still theoretical) of an increasingly pressing ecological transition. In 2022, the idea that luxury behemoths can content themselves with selling bags is therefore no longer self-evident.

The incredible economic strength of Chanel, which announced in May 2022 the figure of 14.5 billion euros in turnover, may also explain why the label has chosen to undertake what no other Western luxury brand has not dared to do before: organize a fashion show in black Africa, where Chanel has neither historical link, nor store, nor the project to have one in the near future. “It is in the values ​​of the house to be curious, to go where you have nothing and where you need to learn everything”defends Bruno Pavlovsky, president of Chanel’s fashion activities.

No room for error

The genesis of this project dates back to 2019, shortly before the Covid storm. Virginie Viard, artistic director of Chanel, shares her desire to go parade in Africa. The idea is still vague, it has in mind images of Congolese sappers (who practice the art of dressing well, like dandies) and interesting echoes of the artistic scenes of Dakar, Abidjan, Lagos . After investigations, the choice fell on Dakar: “I wanted something very pure, from the heart, from human warmth… When I discovered the city and the old courthouse, abandoned since 1992, even if it has sometimes housed the Biennial of Contemporary Art, it was obvious”, details Virginie Viard. “Dakar is rich in culture, it is a living city, which has a future and hope”, confirms the Senegalese actress Rokhaya Niang, guest of the parade. In addition, Senegal is French-speaking, enjoys relative political stability, headed by Senegalese President Macky Sall, whose re-election Emmanuel Macron hailed in March 2019.

You have 61.28% of this article left to read. The following is for subscribers only.

In Tunisia, the second round of the legislative elections still does not mobilize

Madagascar: at least 25 dead and 38,000 displaced after the passage of the Cheneso…