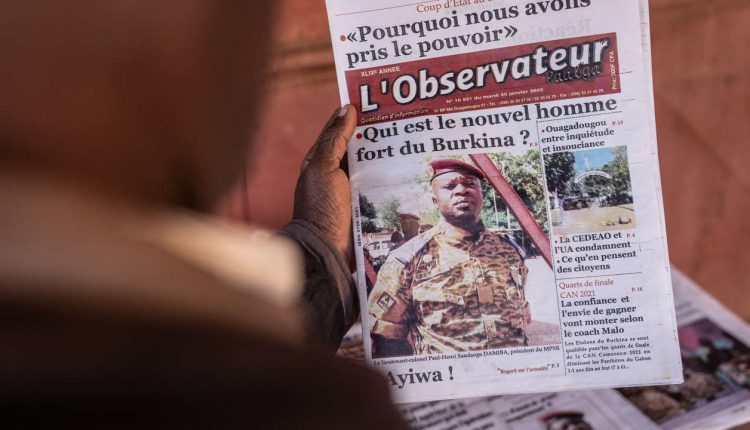 He has neither the piercing and mysterious gaze of Assimi Goïta, the Malian putschist, nor the colossus stature of Mamady Doumbouya, the man who killed Alpha Condé in Guinea. On the rare photos available of him – the variety and the prints should increase significantly in the coming days – Lieutenant-Colonel Paul-Henri Sandaogo Damiba appears slightly plump, invariably wearing his red paratrooper beret and dressed in the clean yellow-brown fatigues. to the army of Burkina Faso.

The 41-year-old officer who overthrew Roch Marc Christian Kaboré on Monday, January 24, and still holds the ex-president is a pure product of his institution. To qualify him, his comrades from the 1992 promotion of the Kadiogo military Prytanée simply nicknamed him “The Army”. One of his former superiors remembers“an effective leader, very close to his men, involved in the field and taking initiatives” when the lieutenant-colonel, who had become the de facto ruler of Burkina Faso, commanded the counter-terrorist forces in Ouahigouya, 180 km north of the capital.

Promoted in December 2021 to the head of the third military region, the most important in the country, Lieutenant-Colonel Damiba displays the CV of an officer in constant progression. Presidential Security Regiment (RSP) – the elite unit of former President Blaise Compaoré which he left after mutinies in 2011 – command of infantry regiments engaged in the fight against jihadist groups in the north of country. “He did not hesitate to go to his advanced headquarters in Djibo and carry out search operations”, relates the senior officer quoted above.

The field man “silent” hidden “a passionate strategic thinker”, according to another of his peers. A graduate of the Paris War School, Lieutenant-Colonel Damiba also holds a master’s degree in criminal sciences from the National Conservatory of Arts and Crafts in Paris, where he was a student of Alain Bauer. Considered by his people as ” an intellectual “, he published in 2021 West African armies and terrorism: uncertain answers? (Les 3 Colonnes editions, 160 pages).

The new strongman of Burkina Faso is not a recidivist putschist in this country which already has eight successful coups since its independence in 1958. In 2015, he refused to lend a hand to the attempted coup of his former RSP brothers in arms, as he testified in court. Not resentful, General Gilbert Diendéré had wished him during a hearing of his trial ” a lot of courage “ in the fight against the jihadists… and maybe a little more?

You have 54.51% of this article left to read. The following is for subscribers only.