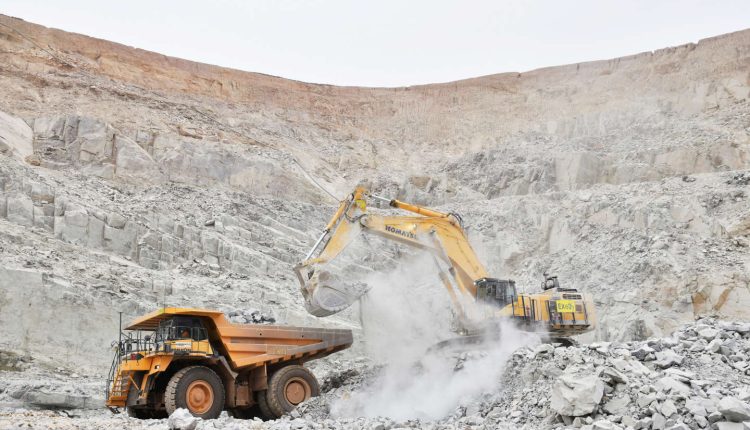 The government of Burkina Faso, resulting from a putsch and which intends to diversify its partners, has decided to grant the operating permit for a new gold mine to the Russian company Nordgold, according to a report of the Council of Ministers released Thursday, December 8.

This operating permit, planned for a period of four years on the Yimiougou site (Centre-Nord region), covering an area of ​​31.44 km2, will allow a total production estimated at 2.53 tons of gold, according to the government. The direct contribution of this production to the State budget is estimated at 5.3 billion CFA francs (8.1 million euros) and 648 million CFA francs (about 1 million euros) for the benefit of the mining fund of local development.

The Russian group Nordgold, through its two subsidiaries, Société des mines de Taparko (Somita) and Bissa Gold, already operates three deposits in northern Burkina Faso, which has been plagued by jihadist violence since 2015, perpetrated by movements affiliated with Al-Qaeda and the Islamic State group. In April, Nordgold announced the shutdown for “security reasons” from the Taparko mine. In Burkina, with about 70 tons per year and 17 industrial mines, gold production has become in a dozen years the country’s leading export product, ahead of cotton.

In several French-speaking African countries, Moscow enjoys growing popular support when France, a former colonial power, is vilified there. Burkina Faso does not rule out reviewing its ” reports “ with Russia, according to Prime Minister Appolinaire Kyélem de Tembela. “We will try, as much as possible, to diversify our partnership relations until we find the right formula for Burkina Faso’s interests. But there will be no question of letting ourselves be dominated by a partner, whoever he is.he said on November 19.

Read also: Article reserved for our subscribers How Russia advances its pawns in Africa, from Mali to Burkina Faso

During a meeting ten days later with the French ambassador, he said to him: “Burkinabe people are looking for a lifeline for their country and if this lifeline has to come from another country other than France, why not? » Since the September 30 coup that brought Captain Ibrahim Traoré to power, Burkinabés have repeatedly demonstrated by waving Russian flags, a country with which they want their new leaders to intensify relations.

At the time of apartheid, South Africa under the yoke of the Whites

9 missing in a fishing boat capsize in…

How to Treat an Infected Ear Piercing At…

Psychedelic Churches in US Pushing…