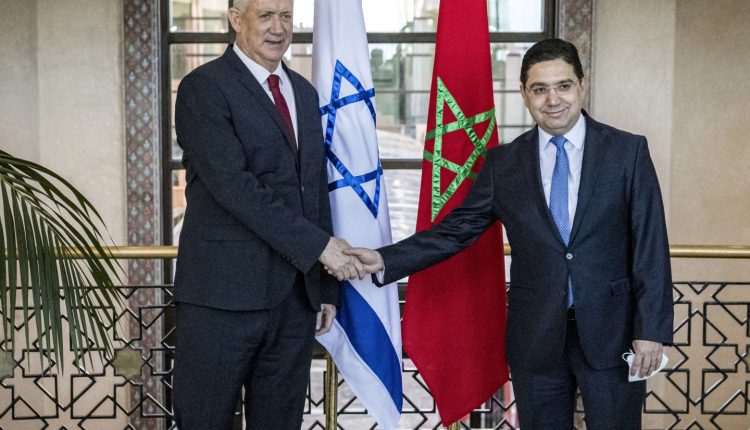 InvestigationAfter six decades of meetings and hidden cooperation, and in the wake of the Abraham Accords signed in 2020 by Israel with the United Arab Emirates and Bahrain, the diplomatic normalization between Tel Aviv and Rabat is reconfiguring the strategic balance in the Maghreb.

A white sand beach in front of a row of skyscrapers, and this slogan: “Travel idea: open up to new horizons. Tel Aviv, 4,300 dhs [dirhams, soit environ 405 euros]“. Who would have imagined seeing, at the bend of a main avenue in Casablanca, an imposing poster praising such a destination? This advertisement by the airline Royal Air Maroc, unthinkable only two years ago, is indicative of the improvement between the Cherifian kingdom and Israel since the normalization of their diplomatic relations, sealed on December 10, 2020, at the instigation of the States. -United. A “deal” made in the purest style of Donald Trump, then American president at the end of his term.

The transaction was give and take. In exchange for the ” recognition “ by Washington of Morocco’s sovereignty over Western Sahara – a sacred patriotic cause in the kingdom – Rabat established diplomatic relations with Tel Aviv or, rather, formalized a relationship as discreet as it is old. Israel was thus able to pin another Arab country to the table of the Abraham Accords, which had already seen, in the same year 2020, three other States – the United Arab Emirates, Bahrain and Sudan – normalize their ties with it. A new set of alliances, immediately qualified by the Palestinian leaders as “stab in the back”, which marks the end of a long Arab consensus excluding any peace agreement as long as the fundamental questions of the creation of a Palestinian state, with East Jerusalem as its capital, and the right to return of refugees are not resolved.

The inauguration, on March 13, of the first direct Casablanca-Tel-Aviv flight was hailed in Moroccan media as a historic event. A “prohibited” destination before normalization, Israel is now served by four weekly flights from Royal Air Maroc. In the opposite direction, three Israeli companies have already provided connections with Marrakech since the summer of 2021. From April 15 to 23, during the Jewish holiday of Passover, which commemorates the exodus of Jews from Egypt and the birth of Israel as a people, more than 10,000 Israeli tourists have thus surveyed the ocher city and its medina – a breath of fresh air for the tourist sector hard hit by the health restrictions linked to Covid-19.

You have 90.63% of this article left to read. The following is for subscribers only.