Between France and Madagascar, the list of disputes grows amid Russian interference 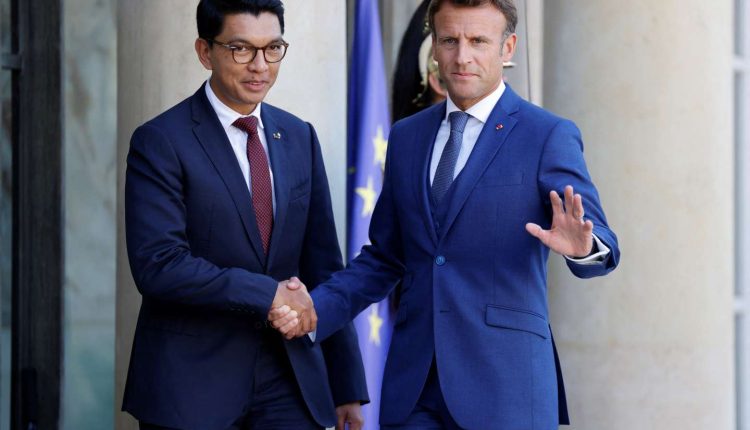 Except not to talk about it, Andry Rajoelina could hardly have been more sober on a subject yet presented as a fracture in relations between Madagascar and France: the Scattered Islands. At the podium of the United Nations, Wednesday, September 21, the Malagasy president limited himself to reiterating, at the end of his speech, his request for the restitution of this string of islands located in the Mozambique Channel, without dwelling on it, as he had done a year before, on this “still painful wound in the heart of [son] country and from [son] people “.

“We are delighted that the second meeting of the Franco-Malagasy joint commission on the subject will be held very soon and, strengths of both resolutions [adoptées par l’ONU en 1979 et en 1980] which confirm the legitimacy of our claim, we hope to be able to count on the support of the United Nations to finally reach a concerted, just and peaceful solution.”, he slipped. The Head of State has been careful not to assert the ostensible support given to him by Russia, delighted to find in this territorial dispute the opportunity to denounce France’s double standards when it comes to of its former colonies.

Madagascar is one of the 35 countries not to have condemned Moscow’s aggression against Ukraine. In a letter sent on Saturday to the association of Friends of Russia in Madagascar and widely relayed by the local press, the Russian ambassador in Antananarivo, Andrey Andreev, thus recalled the old solidarity of his country “against colonial oppression” and for “the defense of territorial integrity”.

Confetti as beautiful as postcards

According to the two United Nations resolutions obtained more than forty years ago by the Big Island, France was supposed to “start negotiations without further delay for the reintegration of the Glorious Islands, Juan de Nova, Europa and Bassas da India, which have been arbitrarily separated from Madagascar”. Resolutions that Paris has always chosen to ignore.

These uninhabited territories offer a strategic location on one of the world’s most important trade routes.

These uninhabited territories, apart from a few soldiers and scientists coming there to study biodiversity, give France a strategic location on one of the most important routes of world trade and control of a maritime area larger than France thanks to to the exclusive economic zones attached to the archipelago, which also includes the island of Tromelin, claimed by Mauritius. The basement of these confetti as beautiful as postcards also offered access to potential gas resources. An opportunity that France, in the name of environmental protection, has chosen not to seize by refusing to extend the exploration permits granted to Juan de Nova.

You have 54.09% of this article left to read. The following is for subscribers only.