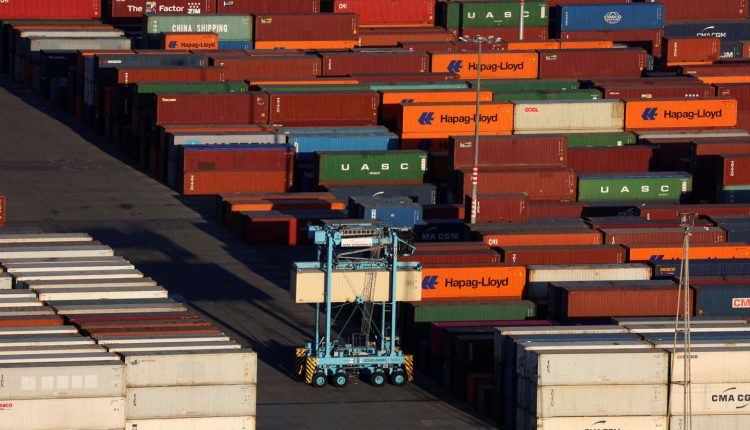 Six months after Algeria broke its friendship treaty with Spain due to Madrid’s new position on Western Sahara, economic exchanges between the two countries remain paralyzed, to the great displeasure of companies, affected by full force.

Blocked sales, frozen investments and stalled projects: since June, “we can neither export nor import, all operations are on stand-by”, laments Julio Lebrero, boss of Aecomhel, a Spanish company specializing in the manufacture of public works machinery. Owner of 40% of the Algerian group Europaactor, this SME carries out almost all of its activity in Algeria. Which puts her in a delicate situation: “It’s been six months since we charged a single euro, it’s untenable”confides Mr. Lebrero, who says to himself ” very worried “.

Like Aecomhel, dozens of Spanish companies are now idling, unable to sell their products in Algeria. A situation of which some Algerian SMEs are also victims, dependent on raw materials and spare parts “made in Spain”.

“Everything is on hold”

At the origin of this blockage, the sudden reversal made in mid-March by the Spanish Prime Minister, Pedro Sanchez, who decided to support the Moroccan autonomy plan for Western Sahara, a former Spanish colony disputed by Rabat and the separatists of the Polisario Front, supported by Algiers. In reaction to this volte-face in relation to Madrid’s traditionally neutral position, Algiers on June 8 suspended the treaty of friendship and cooperation signed in 2002 with Spain. Before restricting commercial transactions with Spain by freezing banking operations to and from this country.

This freeze, announced by the Algerian Association of Banks and Financial Institutions (ABEF), “has strongly affected trade” between the two countries, emphasizes Alfonso Tapia, CEO of Omnicrea Consultoria, a consulting firm specializing in the Algerian market. Faced with this blockage, some groups are transiting their goods via third countries. But because of the additional cost it entails, this option is only available to large companies.

Read also: Between Spain and Algeria, a diplomatic crisis with serious economic consequences

For Spain, the bill is salty. According to the Spanish Ministry of Commerce, exports to Algeria peaked at 138 million euros between June and September, compared to 625 million over the same period of 2021. That is a shortfall of 487 million euros in only four months.

Agri-food, chemicals, textiles, construction… In many sectors, “everything is on hold”, confirms to AFP Djamel Eddine Bouabdallah, president of the Algerian-Spanish Circle of Commerce and Industry (CCIAE). According to him, companies have already had to go out of business. The only exception: gas, whose deliveries to Spain have continued in recent months, at a price nevertheless revised upwards by the Algerian group Sonatrach.

How long will this quarrel last? In June, the Spanish government wanted to be confident, qualifying Algiers as “reliable partner”. But since then, he has been more discreet.

For the companies affected, this situation is a source of discouragement. “We asked the authorities for help, but got no response”, says a spokesperson for the National Association of Ceramic Frits, Glazes and Pigments (Anffecc). In this sector very dependent on the Algerian market, the freezing of transactions has already cost more than 70 million euros. And many fear a lasting loss of market share against French or Italian competition.

“The government acts as if there is no problem, it has completely abandoned us”, denounces Julio Lebrero. An observation shared by a manager of a Spanish SME who regrets, on condition of anonymity, the “passivity” of Madrid and accuses Algiers of blowing “hot and cold”. In a press release published at the end of July, the ABEF had indeed announced the end of banking restrictions with Spain. But this announcement remained a dead letter, leaving companies waiting.

“There are currently negotiations between the two governments, they cannot leave things like this”, judge Mr. Bouabdallah. A message relayed by Mr. Tapia, who hopes for a “quick fix” : “The current situation is not good for anyone. We have to get back to normal. »