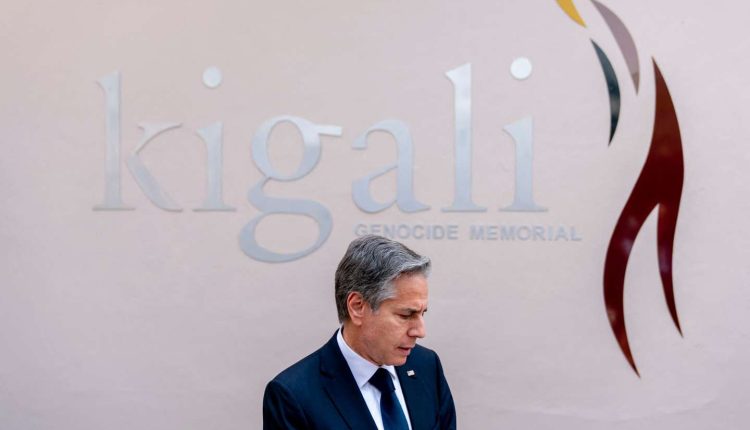 Kinshasa expected from Antony Blinken a clear condemnation of the support given by Rwanda to the rebels of the March 23 Movement (M23) in the east of the Democratic Republic of Congo (DRC). He will not have obtained it. The American Secretary of State, who is ending his African tour in Kigali on Friday August 12, dismissed the Congolese and Rwandan authorities back to back. “There are credible reports of support for armed groups by all parties. (…) There should be no support from governments or armed forces for groups like M23 and FDLR,” he said, referring to the Democratic Forces for the Liberation of Rwanda (FDLR), a rebel group, initially formed by former Rwandan genocidaires.

In a confidential report released a week before the visit of the American Secretary of State to the DRC, the group of United Nations experts had clearly pointed to the responsibility of Kigali in attacks against Congolese soldiers and accused the Rwandan army of having equipped and provided reinforcements to M23 insurgents. Renewed fighting between rebels and the Congolese army has displaced nearly 200,000 people in North Kivu since March, according to UNICEF.

Visiting the Congolese capital on August 9, Antony Blinken had given credence to the conclusions of UN experts, assuring that the United States was “very concerned by credible reports that Rwanda has supported the rebel movement”. The US Secretary of State also called on all countries to “respect the territorial integrity of their neighbours”.

“We felt a will on the part of the United States to do something, but it is not enough. We expect clear actions on the M23, like those the United States took in 2013,” says Fred Bauma, activist of the Congolese citizen movement Lucha, who met Antony Blinken this week.

Ten years ago, during the first M23 insurgency, Washington clearly called on Rwanda to end its support for the rebels. The United States had also blocked military aid of 200,000 dollars (194,683 euros) to Kigali. A decision followed by the European Union, Germany, the Netherlands and Great Britain, which had frozen more significant funding for Rwanda.

Read also: Article reserved for our subscribers In the DRC, Monusco in turmoil

“The context is different today, observes Jason Stearns, director of New York University’s Congo Study Group. The M23 only controls the border town of Bunagana and a few territories, while they went as far as Goma, the capital of North Kivu province, in 2013. For the researcher, Antony Blinken’s statements nevertheless clearly appear as a ” caution ” addressed to Rwanda and a favorable message with regard to Kinshasa, where it was the first visit of an American Secretary of State since 2014. “As part of what the United States perceives as a new international competition with Russia and China in Africa, the Democratic Republic of Congo, a major producer of copper and cobalt, is an important issue”, he recalls.

In Rwanda, the head of American diplomacy expressed “serious concerns” about respect for human rights. “We believe that the criminalization of the participation of certain individuals in politics and the harassment of those who criticize the government in place jeopardize the peace, stability and future successes of the country”, he said during a joint press conference with his Rwandan counterpart, Vincent Biruta.

Kigali is regularly accused of suppressing freedom of expression and opposition, even beyond its borders. Critics that find more echo in Washington, Rwanda’s main donor, since the arrest and sentencing in 2021 to twenty-five years in prison for terrorism of Paul Rusesabagina. This American resident, best known for having saved a thousand Tutsi during the 1994 genocide, an episode that inspired the Hollywood film Hotel Rwanda, joined the ranks of the opposition to Paul Kagame. Kigali accuses him of having founded the National Liberation Front (FLN), an armed group accused of carrying out deadly attacks in Rwanda in 2018 and 2019.

Since May, the US State Department considers him unjustly imprisoned. At the end of July, his case was mentioned in a letter from the chairman of the Senate Foreign Affairs Committee addressed to Antony Blinken. The elected Democrat Robert Menendez calls for a complete revision of the United States’ aid policy vis-à-vis Rwanda and announces his desire to oppose funding of several million dollars intended for Rwandan peacekeepers, fearing that support for the Rwandan army, accused of being deployed in the DRC and supporting the M23 rebellion, ” does not imply that the United States approves of such actions “.

The fate of Paul Rusesabagina was on the menu of Anthony Blinken’s visit. But in Kigali, the subject is tense. “He was arrested, tried and sentenced for serious crimes committed against Rwandan citizens. We ask our partners to respect our laws and our institutions,” reacted Foreign Minister Vincent Biruta at the end of the meeting with his counterpart.

Since 1994, relations between the United States and Rwanda have always been variable. Between the guilt stemming from the Clinton administration’s inaction during the Tutsi genocide and Rwanda’s apparent development successes, some political figures like Susan Rice, the former US ambassador to the United Nations and national security adviser of Barack Obama, have long been strong supporters of Kigali.