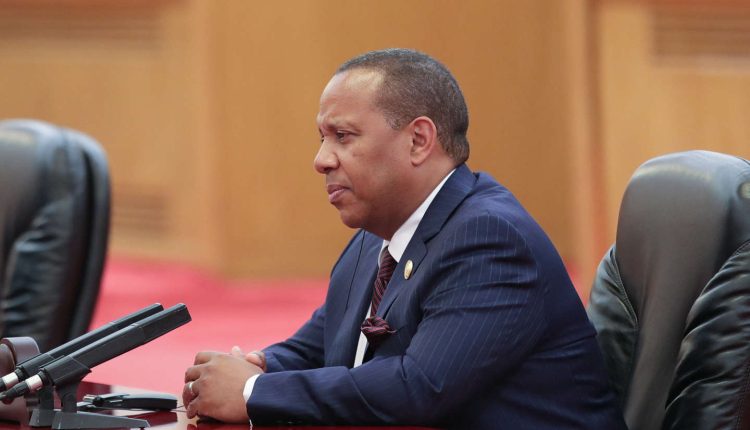 The head of government of Sao Tome and Principe, Patrice Trovoada, spoke of “extrajudicial executions” After the ” attempt “ putsch carried out by assailants on the night of November 24 to 25 at army headquarters. “We had, from our point of view, an attempted coup. The armed forces stopped this attempt. After the operation ended, hours later, there were what we believe were extrajudicial executions, the execution of people who were key witnesses”he said in an interview with the Lusa agency broadcast on Wednesday, December 7.

Read also: Sao Tome and Principe: a failed coup attempt, according to the Prime Minister

“At a minimum, there was a command failure. People placed under the responsibility of the armed forces cannot die, they are in detention”added Mr. Trovoada, who traveled to Portugal on Tuesday, the former colonial power of Sao Tome, a small, very poor archipelago in the Gulf of Guinea, independent since 1975. After a meeting with Portuguese President Marcelo Rebelo de Sousa, he said he expected the judicial authorities of his country, assisted by Lisbon, to produce before the end of the year a ” preliminary report “ about the events he reported on November 25.

That day, Mr. Trovoada then claimed that four attackers had been captured after six hours of firefights at the army headquarters in the capital, Sao Tome, as well as two “sponsors” arrested later at home: the ex-president of the outgoing National Assembly, Delfim Nevès, and another opponent, Arlécio Costa. Two days later, the army chief of staff announced that three of the detainees had died from their injuries in a ” blast “without further details, and that Mr. Costa had also perished “jumping out of a vehicle”. But also that twelve soldiers having “participated” to the attempted putsch had been arrested.

Many gray areas surround the circumstances and the chronology of events on Friday and the following days. The opponent Delfim Nevès for his part accused the power in place of having ordered the “attempted coup” and denounced a “simulacrum” destined to do so ” eliminate “. The government last week ordered an investigation into “cruel and inhumane acts” allegedly committed by soldiers against men accused by the Prime Minister of having attempted to carry out this ” Rebellion “.