After more than eleven years of exile and prison, Charles Blé Goudé returns to Côte d’Ivoire 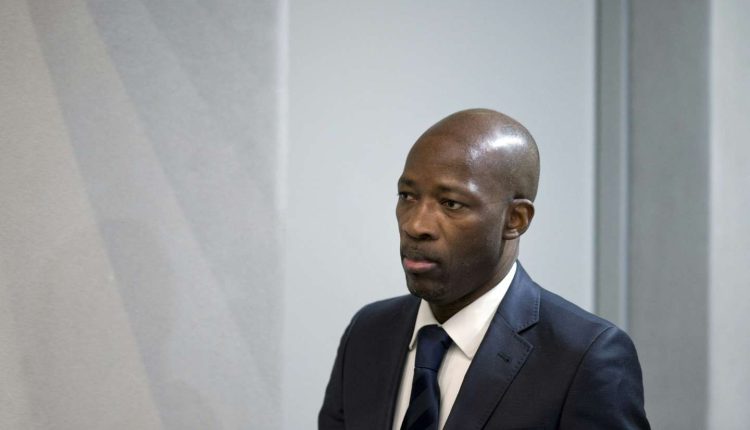 They announce a return ” sober “, “in discipline” and “without triumphalism” in Ivory Coast. Charles Blé Goudé and his entourage used all forms to convey a reassuring and peaceful message. After more than eleven years of exile and prison, the former pillar of the regime of former Ivorian President Laurent Gbagbo (2000-2011), definitively acquitted by the International Criminal Court (ICC) on March 31, 2021, was due to land on Saturday November 26 at the end of the morning at Félix-Houphouët-Boigny airport in Abidjan. By commercial flight and by borrowing “the ordinary hall of the airport”said Gervais Boga Sako, president of the reception committee and of the Ivorian Foundation for Human Rights and Political Life (Fidhop), the civil society organization, close to Charles Blé Goudé, responsible for organizing his return. .

A return to sobriety, therefore, for the current president of the Pan-African Congress for Justice and Equality of Peoples (Cojep), a controversial figure in the civil war of the 2000s and the post-electoral crisis of 2010-2011 which killed more than 3,000 people. Long nicknamed the “general of the street” for his ability to mobilize and electrify pro-Gbagbo supporters, the former student leader, leader of the young patriots then minister of youth, had been accused by international justice, and later that of his country, of being one of those responsible for the violence committed by the pro-Gbagbo forces. Arrested in Ghana in 2014 where he had gone into exile, he was transferred to the ICC in the Netherlands, then accused of crimes against humanity.

After his acquittal, Charles Blé Goudé waited more than a year before obtaining an Ivorian passport and the green light from the government to return. Now 50 years old, he wishes to show himself as a man matured by these years of ordeal and says he wants to be part of the process of national reconciliation wanted by the Ivorian government, as did Laurent Gbagbo, definitively acquitted in same time as him, and returned to Côte d’Ivoire in June 2021. A little over a year ago, Charles Blé Goudé had also apologized to the Ivorians for the violence of the past, during an interview with France 24.

If the power “does not make this return an event”, as a close to the government points out, Charles Blé Goudé however took care not to offend those who allow his return. In recent months, he has multiplied his thanks to President Ouattara and the men he fiercely fought in the past. “Listening to his speech, we do not see him come in as an opponent”observes Arsène Brice Bado, researcher in political science at the Center for Research and Action for Peace in Abidjan.

After a small reception at the airport where only a few relatives were invited, including the former first lady Simone Gbagbo, the reunion with her activists and sympathizers was organized at CP1 square in Yopougon, a popular commune in Abidjan. and stronghold of the pro-Gbagbo. “He wants this moment to be ‘a party’, the atmosphere lends itself to it, judge Richard Dacoury, former number two of the Young Patriots. Today we come back in a new configuration. The patriotic galaxy is the past. The Cojep has authorities, executives, we are not nostalgic. Future battles, we want them civilized. »

Read also Article reserved for our subscribers Laurent Gbagbo back in Ivory Coast, his popularity intact

A key person from the Ivorian left should however miss the call of this “inclusive, national and non-political return” : Laurent Gbagbo, former mentor of Charles Blé Goudé, who appointed him minister of youth in 2010, when the former president claimed victory over Alassane Ouattara, who was finally declared the winner. The two men walked away. The former president would not have accepted the refusal of his former colt to join the African Peoples’ Party-Côte d’Ivoire (PPA-CI), his new political party.

In the days to come, Charles Blé Goudé will return to the west of the country where he is from. He then wants to start a “caravan for peace” to advocate national reconciliation. And take the pulse of the country before the next elections? Through the various interviews given in recent months, he does not hide his intentions to lead the country one day. But for now, the politician is not yet completely free. Like Laurent Gbagbo, he was sentenced in absentia in 2019 to twenty years in prison by the Ivorian justice for his participation in the post-electoral crisis of 2010-2011. But the clan of Blé Goudé ensures that he will not be arrested when the plane descends.