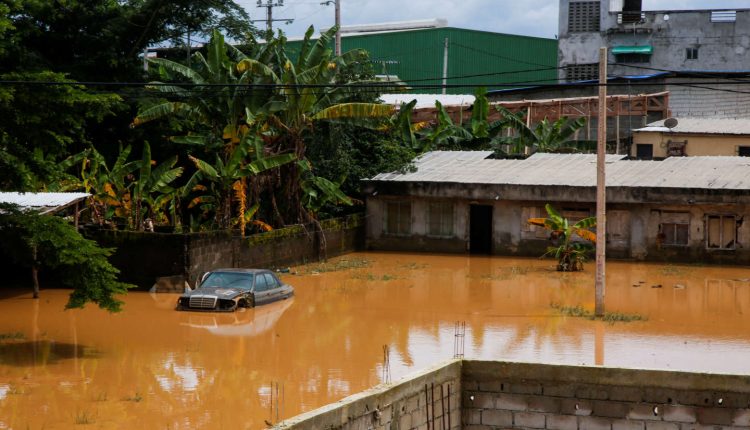 After several days of intense rain, Abidjan, in the Ivory Coast, welcomes Friday 1er and Saturday July 2 a hundred mayors for an international meeting on the climate. A “Cities COP” which aims to promote the role of agglomerations in the fight against climate change.

While the African continent pollutes relatively little on a global scale, its cities find themselves on the front line in the face of climate change: floods in Abidjan in June and in Durban (South Africa) in April, temperatures that exceeded 40°C in some Moroccan cities a few weeks ago, coastal erosion and rising waters threatening Cotonou (Benin), Lagos (Nigeria) or Saint-Louis (Senegal)…

Read also Of the ten cities most at risk from climate change, eight are in Africa

Asked by The World Africa, the Malian Youba Sokona, vice-president of the Intergovernmental Panel on Climate Change (IPCC) and guest of this COP, calls on African cities to take ” head on “ the subject of climate.

The “Cities COP” in Abidjan must study ways of combating climate change. How is this specifically an issue for African cities?

First because African countries are feeling the effects of climate change particularly heavily. And they accumulate ecological, social and economic vulnerabilities. The populations, especially the poorest, are very affected by these disruptions, whether in terms of floods, landslides, droughts, all of which is amplified by the lack of water or electricity supply. All this is found in cities, which, however, have often not integrated the issue of climate change.

“Municipalities are often content to burn waste, without realizing that this contributes to air pollution”

The problem, unfortunately, is that the municipalities are not well equipped. They have little expertise on this climate issue, considered to be something very distant. Let’s take a simple example: most African cities, especially in the sub-Saharan zone, have great difficulty managing household waste. Municipalities often just burn them, not realizing that this contributes not only to increased air pollution, but also, to some extent, to the acceleration of climate change. The populations are also little aware of these essential questions.

Beyond official meetings which are held at best once a year, these subjects should be tackled head on and on an ongoing basis. The actors of the municipalities must become major actors of the climate and equip themselves with the appropriate technical and scientific structures.

Read also: A report by international institutions highlights the beneficial effects of urbanization in Africa

Should the continent invent a new model of city to fight against climate change?

African cities are particularly affected by climate change, but they also have a lot of possibilities for action, because the infrastructures are not yet in place. Dakar, Bamako or Abidjan have nothing to do with cities in France. In general, part of these agglomerations has urban infrastructures and another, very large, is home to populations whose practices and way of life are totally rural.

“While European countries have to rebuild what exists, in Africa we can start from the base and design something totally different”

While European countries have to rebuild what exists, tear down to build again, in Africa we can start from the base and design something totally different. For example, we can think about building with raw earth, which is abundant in most African countries and which lends itself very well to construction. Unfortunately, we are investing in cement, and such a material means investing more in air conditioning, especially as temperatures rise.

In reality, we should free ourselves from the European model of cities, but this is not necessarily what is on the agenda in most African countries. For example, we could have thought differently of the new city which is under construction in Senegal, in Diamniadio, imagined it totally ecological, without vehicles. But this is not the case, we have not at all integrated the problem of climate change.

Read also: Diamniadio, a new town in Senegal waiting for its inhabitants

Africa is experiencing rapid urbanization. Are urban centers doomed to become major CO₂ emitters on a continent that today pollutes very little on a planetary scale?

It is absolutely necessary that we better anticipate this subject. In the next twenty to thirty years, the electrification and digitalization of the economy, starting with transport, will be the norm in the rest of the world. At the same time, will the diesel or petrol vehicles that will be banned in the West all end up in Africa? There will be emission reductions in Europe, but a dramatic increase in African countries. Especially since in most countries of sub-Saharan Africa, the most used domestic energy is charcoal, which contributes to deforestation, increased greenhouse gas emissions and pollution. air.

We cannot think of the city without rural development, that is to say land use planning in general. Cities have become places that attract people who hope to find work and better living conditions there. But they become a nightmare for most populations who do not have access to water, electricity, sanitation, decent housing. We must develop elsewhere than in the capitals, which constitute bottlenecks.

Is the lack of data – on habitat, traffic flows, level of emissions – a big obstacle to designing policies for adapting to climate change?

It’s obvious. At present, there are very few cities in Africa where we have regular measurements of atmospheric pollution, where we have a fairly clear idea of ​​what there is as urban waste, as networks of existing sanitation. Except perhaps in South Africa, even large town halls do not have research structures on these essential questions.