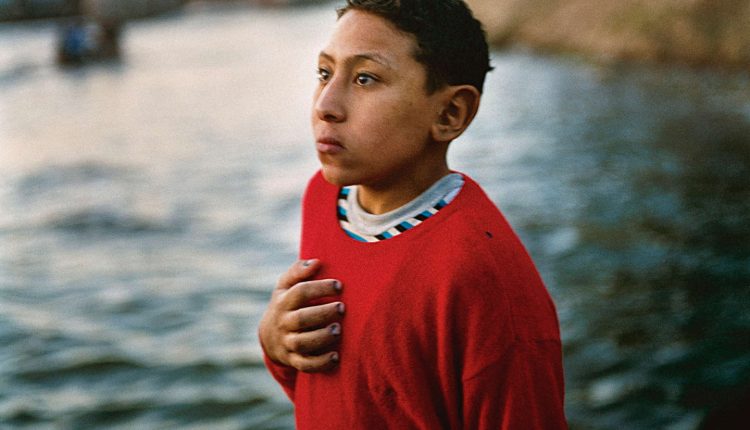 Children play on the banks of the Nile during the Cham el-Nessim festival, which marks the beginning of spring. A boy stands aside. He looks away, his hand on his heart. Among the thousands of photographs that Denis Dailleux took in Egypt during the thirty years he devoted to this country, this is his favourite. “He was different from the others, his difficult life. I wanted to highlight it. I lived a very strong moment and it is rare that there is an image at the height of what I feel, ” explains the 64-year-old photographer, member of the VU agency.

The sensitive and generous approach and the powerful aesthetics of Denis Dailleux are found in this shot in the form of a tribute which closes his monograph. Misr – the Romanized Arabic name of Egypt –, born of its immersion in the working-class neighborhoods of Cairo in the palm groves of the Nile.

“I immediately saw happiness in the street, enjoyment of the moment and a lot of eccentricity. » Denis Dailleux

“Egypt offered me everything, it revealed to me”, he confides, falling in love with this country. First there was the passion for Chérif, the Egyptian, met in the Paris metro. Denis Dailleux was then a florist with the floral designer Christian Tortu. Having moved to Paris from his native Anjou, he was unable to break into photography. Her first trip to Egypt, in 1992, with her boyfriend, will change everything. “I was shocked when I arrived, it was love at first sight”, he remembers.

The acrid smell of the city and the vegetation in front of Chérif’s apartment upset him. “I immediately saw happiness in the street, enjoyment of the moment and a lot of eccentricity. There is a poetic chaos in Cairo, even in the dirt. » Discovering the world of bawabs, these caretakers in galabeya (long traditional dress and turban) who live in the greatest destitution, is a second shock.

Feverish atmosphere of the night

The idleness of the bourgeoisie, to which Chérif belongs, leaves him insensitive, unlike the bustle of the popular districts of Cairo and the bucolic atmosphere of the banks of the Nile. It was there that he would tirelessly return in the following years with Chérif as an assistant and, later, alone when he settled in Cairo for about fifteen years. “I grew up with a good grandmother in a castle. I was where I had to be, it corresponded to who I am, to my career, which was on the margins. I was enchanted by this popular culture which was enormously beautiful. I need to feel tenderness and empathy for the people I photograph, I need to love them,” said Denis Dailleux.

You have 49.68% of this article left to read. The following is for subscribers only.