ADNOC, Taqa and Mubadala companies complete the acquisition of stakes in Masdar 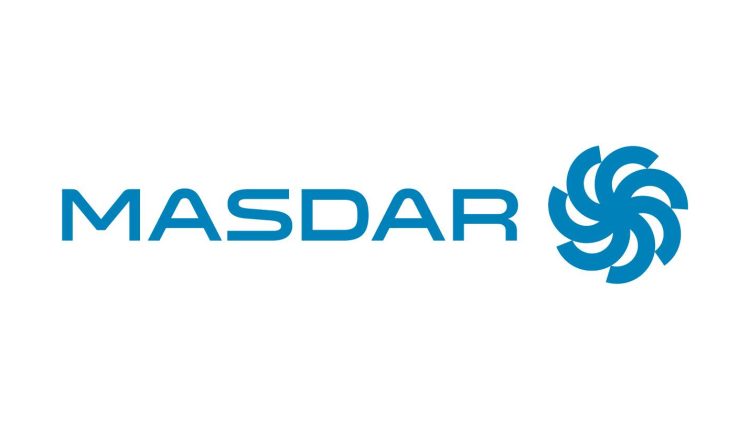 The agreement aims to implement the strategic partnership launched by His Highness Sheikh Mohammed bin Zayed Al Nahyan, President of the State, may God protect him, in December 2021, coinciding with the 50th National Day, which aims to join efforts of three of the most prominent energy companies in Abu Dhabi to expand, develop and develop the scope of operations. “Masdar” and raise it to the ranks of international companies, to include renewable energy, green hydrogen and other technological innovations that support clean energy.

Under this agreement, TAQA will acquire a controlling stake of 43% of Masdar’s renewable energy business, while Mubadala will retain a 33% stake and ADNOC will acquire a 24% stake in that business.

This prominent strategic partnership aims to consolidate Masdar’s position as one of the leading clean energy companies in the world, by uniting the efforts of “TAQA”, “Mubadala” and “ADNOC” in the field of renewable energy and green hydrogen under the umbrella of “Masdar” and the new unified brand. .

TAQA has initiated a cash payment of AED 3.7 billion (US$ 1.02 billion) for its new stake in Masdar.

It should be noted that “Mubadala” launched “Masdar” in 2006 to enhance the leading role played by the United Arab Emirates within the global energy sector, in the scope of contributing to the diversification of the local economy and advancing the achievement of the climate action agenda at the national level. Today, Masdar is active in more than 40 countries on six continents, knowing that it has developed and invested more than $20 billion in many projects around the world.

Pursuant to the new partnership, Masdar aspires to become a leading national company in the field of clean energy, and seeks to enhance its production capacity to reach 100 gigawatts of renewable energy within its portfolio of local and international projects by 2030, noting that the largest percentage will be attributed to modern wind and solar energy technologies. . In addition to its initial targets set, Masdar aspires to produce more than 200 gigawatts of renewable energy, which contributes to consolidating its position as a global leader in this sector.

In addition to the above, Masdar aspires to rapidly expand its green hydrogen business, reaching an annual production capacity of one million tons of hydrogen by 2030, which is equivalent to avoiding more than six million tons of carbon dioxide emissions.

Green hydrogen, which is produced using water and renewable energy, is now gradually and rapidly becoming a carbon-free fuel that mainly contributes to the decarbonization of sectors where it is difficult to reduce emissions, such as heavy industry. It is expected to contribute mainly to supporting global efforts aimed at achieving climate neutrality, as the UAE and Masdar are committed to playing a leading role in building a hydrogen-based economy.

Masdar, with its new brand, will seek to seize growth opportunities in various parts of the world, including the United States of America, the Middle East and North Africa, the Commonwealth of Independent States, Asia and the Pacific, and major European countries, in addition to playing a pivotal role in providing the UAE’s clean energy needs. To achieve climate neutrality by 2050. Masdar will achieve the desired growth through a number of new and existing projects and acquisitions.

On this occasion, His Excellency Dr. Sultan Ahmed Al Jaber, Minister of Industry and Advanced Technology, Managing Director and CEO of ADNOC and its group of companies, and Chairman of the Board of Directors of “Masdar” said: “In line with the vision and directives of the wise leadership to consolidate the position of the UAE and its leading role in the energy sector, we are pleased to accomplish this The strategic agreement that brings together and unifies the efforts of three of the largest energy companies in Abu Dhabi to support the growth, development and expansion of “Masdar” and consolidate its leading position in the field of clean energy to become one of the largest companies in the world in this sector. We are confident that “Masdar” will contribute to launching a new phase of progress To invest in growth opportunities in renewable energy and green hydrogen projects in the UAE and the world.As the country works to implement its strategic initiative to achieve climate neutrality by 2050, and as it prepares to host the Conference of the Parties “COP 28”, Masdar will benefit from the capabilities and capabilities of its partners and from its rich expertise and experience. in the field of renewable energy to accelerate the implementation of world-class projects and enhance its contribution to meeting the growing global demand for clean energy.

His Excellency added, “The acquisition of a stake in Masdar represents a fundamental pillar of ADNOC’s strategy aimed at expanding clean energy production, creating new opportunities for industrial development, and reducing emissions in the energy sector.”

For his part, His Excellency Khaldoon Khalifa Al Mubarak, Managing Director and Group CEO of Mubadala Investment Company “Mubadala”, said: “We established Masdar sixteen years ago based on an early conviction that building capabilities and supporting the process of innovation and expansion in the field of clean energy is one of It would achieve a qualitative leap for the UAE, and represents an investment in building future generations. Today, “Masdar” is one of the fastest growing renewable energy companies in the world. This deal contributes significantly to the concerted efforts of national institutions and enhance the continuous growth process of “Masdar”, in addition to The leadership of the UAE and the strengthening of its global position in the field of energy.

Al-Mubarak added: “Global cooperation is vital to investing in clean energy resources on a large scale, and we are committed to our partnerships to enable Masdar to enhance its leadership and positive impact globally.”

His Excellency Mohammed Hassan Al Suwaidi, Chairman of the Board of Directors of TAQA, said: “This agreement is a significant achievement through which Masdar embarks on its ambitious journey to become one of the largest clean energy companies in the world, through strategic cooperation between three of the most prominent energy and investment companies.” In the UAE Over the next decade, Masdar will be keen to enhance its investments in renewable energy and green hydrogen to advance its decarbonization efforts.

He continued, saying: “Last year, TAQA announced its commitment to enhance the contribution of renewable energy sources to reach 30% of its total production capacity by 2030. The acquisition of a stake in Masdar comes within the framework of these efforts, which supports the country’s aspirations to reduce gas emissions.” “Today, TAQA is one of the largest integrated utility companies in Europe, the Middle East and Africa, and in the near future it aspires to become the leading low-carbon utility company in the region.”

In addition to the successful completion of this strategic agreement, a new board of directors for Masdar’s business in the field of renewable energy was appointed, headed by His Excellency Dr. Sultan Ahmed Al Jaber, and the membership of:

According to the new and expanded structure, Mohammed Jamil Al Ramahi will continue to perform his duties as usual as CEO of Masdar.

Under this agreement, TAQA will award its shares in all future renewable energy projects in the Emirate of Abu Dhabi to Masdar. As for Masdar City, which is the leading sustainable urban development destination in Abu Dhabi, it will remain under the umbrella of Mubadala, as the latter is the sole shareholder.

London worker dead after being crushed by urinal