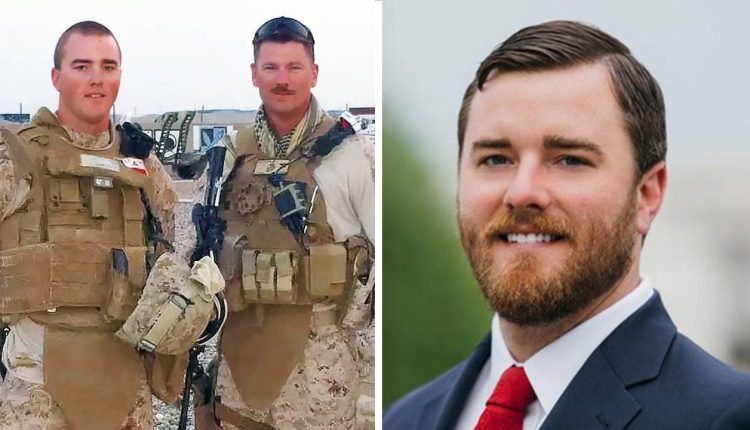 This story discusses suicide. If you or someone you know is having thoughts of suicide, please contact the Suicide & Crisis Lifeline at 988 or 1-800-273-TALK (8255).

Shortly after he was honorably discharged for an injury in 2014, Marine combat veteran Cole Lyle, who resides in Alexandria, Virginia, found himself at what he termed “a pretty low place.”

He was in the midst of a divorce, was unemployed, wasn’t in school — and “felt disconnected from the guys I had served with,” he said.

He perceived that his family did not understand what he was going through, he said. He was coping with post-traumatic stress as well as panic attacks.

“I was, admittedly, drinking too much,” he told Fox News Digital in a phone interview. “I had a gun, and was about one pound of trigger pull away from shooting myself in the head.”

Cole Lyle today serves as the executive director of Mission Roll Call. Earlier, he worked as an adviser to senior leadership at Veterans Affairs and on veteran policy in the U.S. Senate. Cole was honorably discharged as a non-commissioned officer in the Marine Corps after serving for six years, including a deployment to Afghanistan.
(Mission Roll Call)

Before that awful act could take place, a fellow Marine showed up at the door with some movies and food — and sat with Lyle for the rest of the night, he said.

The next morning, Lyle said he awoke feeling “very clear” — and with a renewed sense of purpose.

“The only thing I can really attribute [it] to is divine intervention, because I was clearer than I had been in a long time,” he said.

“My focus went from, ‘Why do I have nothing?’ to ‘I have the opportunity to do anything.'”

“The only thing I can really attribute [it] to is divine intervention, because I was clearer than I had been in a long time.”

Today he works to help other veterans who are feeling hopeless by serving as executive director of Mission Roll Call and using its message of advocacy to make change.

Lyle formerly worked at the U.S. Dept. of Veterans Affairs (VA) as well as the American Legion and other veterans organizations for years. He joined Mission Roll Call, headquartered in Augusta, Georgia, in Oct. 2021.

Cole Lyle, shown at left, was honorably discharged from the Marines in 2014 — and today works to help fellow veterans at risk.
(Mission Roll Call)

“Our goal is suicide prevention, and we do that by advocating to Congress, advocating to the White House and to the VA for policies that would improve the quality of life for veterans and ultimately lower the suicide rate,” he said.

Quality of life for veterans is key

The number of veteran suicides could be far higher, with one study showing that the rate of suicide among veterans could be as much as 37% higher than the numbers reported by the VA, as Fox News Digital previously reported.

The removal of troops from Afghanistan in August 2021 “exacerbated” the existing mental health issues of many of Lyle’s friends.

The transition for a veteran away from a chain of military command and into civilian life can trigger a mental health crisis, Lyle said, underscoring that civilians largely do not understand what veterans have experienced.

Lyle aims to expand Mission Roll Call’s reach to veterans across the country.

The group includes vets in its process. The group sends out short surveys and polls to them via the organization’s email and texting list to gauge interest and popularity around potential advocacy items — letting the veterans themselves weigh in on the issues.

“The best way to tackle [the issue of suicide and mental health] is by advocating for policies to improve the quality of life for all veterans,” Lyle said, “whether or not they’re using VA — whether or not they’re engaged with a local veteran service organization that’s providing those direct services.”

In Lyle’s opinion, the VA needs to “fundamentally change” the way it combats the issue of veteran suicide by taking a more holistic approach to address the problem, he said.

The transition for a veteran away from a chain of military command and into civilian life can trigger a mental health crisis, Cole Lyle said — underscoring that civilians largely do not understand what veterans have experienced.
(iStock)

Lyle said that the VA is viewing the suicide epidemic “primarily through the lens of mental health.”

New approach to a pressing issue

“I think that is a reactionary and failed approach,” said Lyle.

“If you look at the status quo and the amount of money that the VA has put into it over the last four years — it’s just not working,” he added.

Preventing veteran suicide also requires collaboration among the VA, various branches of the military and the Department of Defense (DoD), he said.

“[Veterans were] questioning, ‘What was it for?’ and I could see the writing on the wall.”

“There needs to be more collaboration between those two agencies to effectively address this problem. Because they haven’t done so, and they haven’t really worked well together,” he said.

“The [Department of Defense] and the VA need to be much more proactive in how they address this issue,” he said.

Cole Lyle (at left) with another Marine; today (at right), he’s with Mission Roll Call. Lyle works on the critical issue of veteran suicide, along with other issues, through advocacy.
(Mission Roll Call)

Fox News Digital reached out to both the VA and the DoD for comment.

VETERANS ARE HEALED AND NOURISHED BY MEAT THERAPY, BOOT CAMPAIGN AND MORE

He also said, “Ending veteran suicide and saving lives is our top clinical priority at VA, and we take every step possible to make sure that our veteran suicide data is accurate — because the first step to solving this problem is understanding it.”

“We work very well together with the VA and have significant synergies and joint efforts in suicide prevention,” Maj. Charlie Dietz, DoD spokesman, said to Fox News Digital in a statement.

Dietz listed ways the two organizations work together, including the Hannon Act, for sections 101 and 102; the Suicide Data Repository and the Veterans Crisis Line/Military Crisis Line; and 9-8-8 efforts.

“Additionally, DoD and VA collaborate on federal-wide committees and groups, such as the National Action Alliance for Suicide Prevention, the Federal Working group for suicide prevention [and] the Interagency Task Force for Military and Veteran Suicide,” Dietz said.

Lyle responded to this feedback, noting that while it’s “great” that the VA is working with the Department of Defense, he feels it’s coming up short in the real world.

“I was, admittedly, drinking too much. I had a gun, and was about one pound of trigger pull away from shooting myself in the head.”

“If you talk to any separated service member, the DoD and the VA still have a lot of joint work to do on meaningful transition assistance and electronic health record management, to make reintegration into civilian life as seamless as possible — and hopefully decrease the rate of veteran suicide,” he said.

Reaction to the 2021 withdrawal from Afghanistan

Lyle said that the removal of troops from Afghanistan in August 2021 “exacerbated” the existing mental health issues of many of his friends.

Many were considering suicide, he said.

“[They were] questioning, ‘What was it for?’ and I could see the writing on the wall,” he said.

“And then the opportunity with Mission Roll Call came up.”

Cole Lyle and his dog, Kaya, who is trained to help with PTSD, with skills in “animal-assisted intervention.”
(Mission Roll Call)

Lyle himself has a unique approach for dealing with his own mental health challenges: He has a German shepherd service dog.

In 2015, Lyle teamed up with Kaya, who was trained to assist with Lyle’s post-traumatic stress.

Kaya “was trained to wake me up from nightmares and do what’s called ‘animal-assisted intervention’ when I was having anxiety attacks,” he said.

“That was hugely helpful for me,” he revealed.

There is strength in community, according to Lyle.

“I think the more you empower community organizations to go find veterans and to work with them, and create those connections that they lost after they transitioned out of the military — I think that’s a realistic and effective path to order,” he said.

Christine Rousselle is a lifestyle reporter with Fox News Digital.