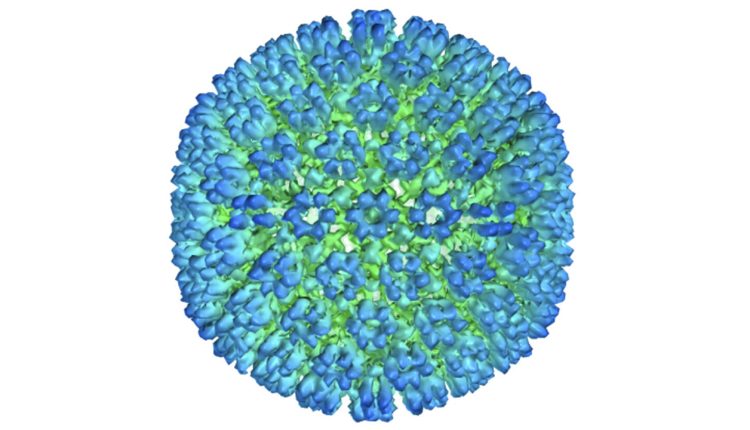 There’s more evidence that one of the world’s most common viruses may set some people on the path to developing multiple sclerosis.

GUILLAIN-BARRÉ SYNDROME: WHAT IS IT?

The Epstein-Barr virus has long been suspected of playing a role in development of MS. It’s a connection that’s hard to prove because just about everybody gets infected with Epstein-Barr, usually as kids or young adults – but only a tiny fraction develop MS.

Thursday, Harvard researchers reported one of the largest studies yet to back the Epstein-Barr theory.

They tracked blood samples stored from more than 10 million people in the U.S. military and found the risk of MS increased 32-fold following Epstein-Barr infection.

The military regularly administers blood tests to its members and the researchers checked samples stored from 1993 to 2013, hunting antibodies signaling viral infection.

Just 5.3% of recruits showed no sign of Epstein-Barr when they joined the military. The researchers compared 801 MS cases subsequently diagnosed over the 20-year period with 1,566 service members who never got MS.

Only one of the MS patients had no evidence of the Epstein-Barr virus prior to diagnosis. And despite intensive searching, the researchers found no evidence that other viral infections played a role.

The findings “strongly suggest” that Epstein-Barr infection is “a cause and not a consequence of MS,” study author Dr. Alberto Ascherio of the Harvard T.H. Chan School of Public Health and colleagues reported in the journal Science.

It’s clearly not the only factor, considering that about 90% of adults have antibodies showing they’ve had Epstein-Barr — while nearly 1 million people in the U.S. are living with MS, according to the National Multiple Sclerosis Society.

The virus appears to be “the initial trigger,” Drs. William H. Robinson and Lawrence Steinman of Stanford University wrote in an editorial accompanying Thursday’s study. But they cautioned, “additional fuses must be ignited,” such as genes that may make people more vulnerable.

Epstein-Barr is best known for causing “mono,” or infectious mononucleosis, in teens and young adults but often occurs with no symptoms. A virus that remains inactive in the body after initial infection, it also has been linked to later development of some autoimmune diseases and rare cancers.

It’s not clear why. Among the possibilities is what’s called “molecular mimicry,” meaning viral proteins may look so similar to some nervous system proteins that it induces the mistaken immune attack.

Regardless, the new study is “the strongest evidence to date that Epstein-Barr contributes to cause MS,” said Mark Allegretta, vice president for research at the National Multiple Sclerosis Society.

And that, he added, “opens the door to potentially prevent MS by preventing Epstein-Barr infection.”

Attempts are underway to develop Epstein-Barr vaccines including a small study just started by Moderna Inc., best known for its COVID-19 vaccine.

Cell Therapy: What Is It, and What Should It Mean to You?

Why Should You Get a Hair Transplant in Istanbul?

CDC should track more COVID-19 breakthrough infections to get ahead of the pandemic,…