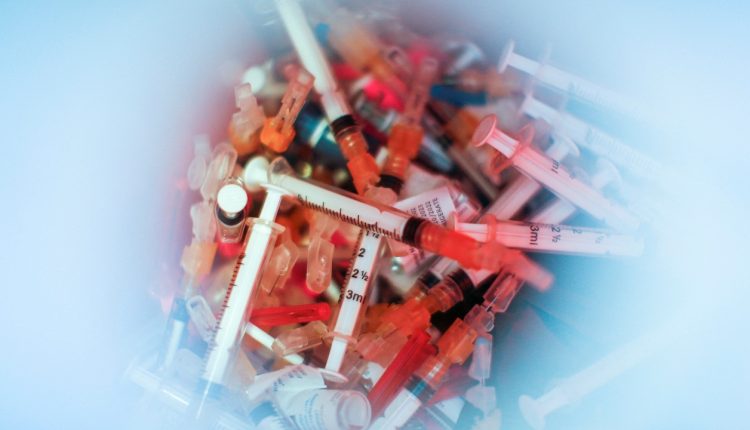 The Food and Drug Administration (FDA) expanded its emergency use authorization (EUA) of the Jynneos monkeypox vaccine on Tuesday.

The move allows health care providers to use the vaccine with a shallower intradermal injection for individuals 18 years of age and older who are determined to be at high risk for infection from the virus.

The agency said that the update will increase the total number of doses available for use by up to five-fold because intradermal administration requires a smaller dose.

In addition, the FDA’s EUA also allows for use of the vaccine – administered by subcutaneous injection, or injection beneath the skin – in individuals younger than 18 years of age who are determined to be at high risk of infection.

MONKEYPOX IN AMERICA: WHO’S AT RISK AND WHY?

“In recent weeks the monkeypox virus has continued to spread at a rate that has made it clear our current vaccine supply will not meet the current demand,” FDA Commissioner Dr. Robert M. Califf said in a release. “The FDA quickly explored other scientifically appropriate options to facilitate access to the vaccine for all impacted individuals. By increasing the number of available doses, more individuals who want to be vaccinated against monkeypox will now have the opportunity to do so.”

FILE – A registered nurse prepares a dose of a monkeypox vaccine at the Salt Lake County Health Department Thursday, July 28, 2022, in Salt Lake City. U.S. health officials on Tuesday, Aug. 9, 2022, authorized a new monkeypox vaccination strategy designed to stretch limited supplies by allowing health professionals to vaccinate up to five people — instead of one — with each vial.
(AP Photo/Rick Bowmer, File)

Thus far, the shots have been recommended for people who have already been exposed to monkeypox or are likely to get it due to recent sexual contact in areas where the virus is spreading.

The virus can spread to anyone through close, personal and often skin-to-skin contact, including direct contact with objects and surfaces that have been used by someone with monkeypox.

A pregnant person can spread the virus to their fetus through the placenta.

The vaccine is given in two doses four weeks apart. Those who received their first dose subcutaneously can receive their second dose either intradermally or subcutaneously. There is no data available to indicate that one dose of the vaccine will provide long-lasting protection.

Officials at the agency also stressed the importance of receiving two doses of the vaccine.

“We feel pretty strongly that the two doses are necessary because, in part, we don’t have any evidence that three, six, eight months later people will be adequately protected by a single dose,” Dr. Peter Marks, the FDA’s vaccine chief, said in a statement.

Syringes used for the monkeypox vaccine are seen inside of a bucket in a drive-through monkeypox vaccination point at the Westchester Medical Center in Valhalla, New York, U.S., July 28, 2022.
(Reuters/Eduardo Munoz)

HHS said that, as of Tuesday, it had made more than 1.1 million monkeypox vaccine doses available to order. The Biden administration said it had distributed more than 670,000 vaccines to states and jurisdictions from the Strategic National Stockpile (SNS).

The SNS is preparing to distribute approximately 400,000 additional vials to states and jurisdictions as part of the next phase of the national vaccine strategy.

“In order to quickly and effectively implement this approach to increase Jynneos vaccine dose supply five-fold, the Biden-Harris Administration is launching a robust effort to train health care workers and providers on how to administer the Jynneos vaccine intradermally,” the White House noted.

The administration noted the policy would multiply the 440,000 vials currently available as full doses into more than 2 million smaller doses.

The White House declared monkeypox to be a public health emergency last week. There are nearly 9,500 confirmed monkeypox and orthopoxvirus cases in the U.S.

Julia Musto is a reporter for Fox News Digital. You can find her on Twitter at @JuliaElenaMusto.

Travelers entering US from Uganda to be screened for Ebola

Another COVID variant could emerge this winter, Fauci warns

International pressure to save Yemen…

Russia escalates its attack on…