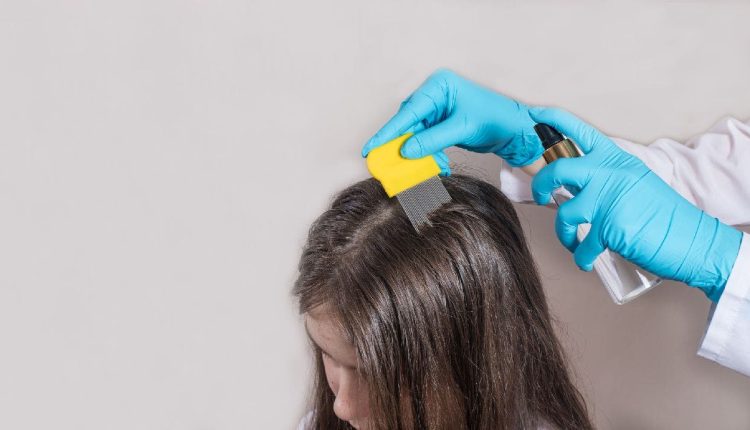 Health experts at the American Academy of Pediatrics (AAP) say children don’t have to be sent home from school if they have head lice.

The Illinois-based association of pediatricians issued a clinical report on Monday, Sept. 26, which states lice are not a “health hazard” because they are not connected to disease and have a low transmission rate.

“There is significant stigma resulting from head lice infestations in high-income countries, resulting in children and adolescents being ostracized from their schools, friends, and other social events,” the AAP’s report said. “Head lice can be psychologically stressful to the affected individual.”

The AAP recommends against “no-nit” policies that prohibit students from attending school while having a lice infestation.

The association warned that such policies haven’t been proven to be effective and could put a school at legal risk because it may violate the civil liberties of students.

Caregivers and medical professionals should instead focus on providing lice education and treatment, according to the AAP.

A child is treated for lice in this stock image.
(iStock)

Caregivers and school personnel who are without health care backgrounds should contact medical professionals if single or community-wide lice infestations show resistance toward over-the-counter treatments, the AAP’s report said.

The AAP also noted that lice cannot hop or jump and can only travel by crawling – meaning transmission usually occurs between people who have direct contact with lice-infested hair.

A barber cuts a child’s hair with scissor at a barbershop.
(iStock)

Head-to-head contact is the most common transmission method, but indirect spread can happen through when someone makes contact with personal belongings that are shared with a lice-infested person, such as combs, brushes, hats and sports helmets.

These indirect transmission methods are “much less likely to occur,” according to the AAP.

“Lice found on combs are likely to be injured or dead, and a louse is not likely to leave a healthy head unless there is a heavy infestation,” the AAP wrote in its updated report.

“In one study, live lice were found on only 4% of pillowcases used by infested persons,” the AAP continued. “Thus, the major focus of control activities should be to reduce the number of lice on an individual’s head and to lessen the risks of head-to-head contact.”

Lice are wingless parasitic insects that can be found on human heads, eyebrows, eyelashes and other hair-covered body parts.
(iStock)

The U.S. Centers for Disease Control and Prevention (CDC) agrees with the AAP’s stance on head lice in schools.

The national health agency acknowledges that lice can be a “nuisance” on its “Head Lice Information for Schools” webpage, but the CDC goes on to say that these parasitic insects haven’t been shown to spread disease and aren’t an indicator of poor personal hygiene or cleanliness.

“Students diagnosed with live head lice do not need to be sent home early from school; they can go home at the end of the day, be treated, and return to class after appropriate treatment has begun,” the CDC wrote. “Nits may persist after treatment, but successful treatment should kill crawling lice.”

Cortney Moore is an associate lifestyle writer/producer for Fox News Digital. Story tips can be sent on Twitter at @CortneyMoore716.

All You Need to Know About Your Plastic Surgery Journey

Kirstie Alley’s ‘recently discovered’ colon cancer battle: What to know about the…