Anxiety screenings recommended by US task force will cause overdiagnosis, overprescription, psychologist warns 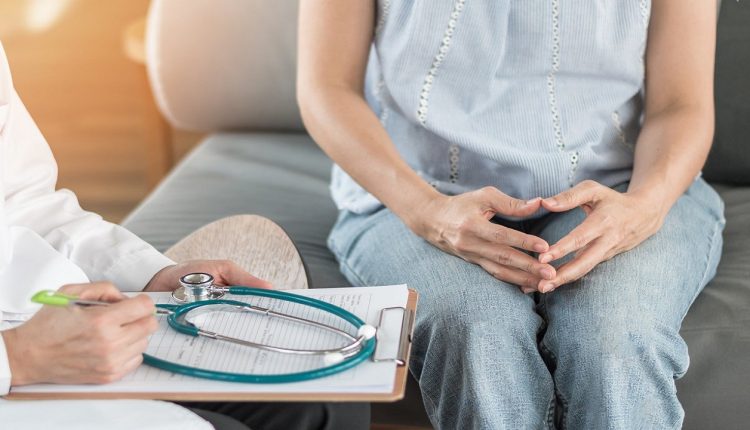 Pushing primary care doctors to screen all patients for anxiety will lead to overdiagnosis and overprescribing, as well as exacerbate existing shortages in mental health resources, a psychologist said.

Earlier this month, the United States Preventive Services Task Force recommended that all adults under 65 get screened for anxiety as more Americans report symptoms of mental health issues following the COVID-19 pandemic. The advisory group, which released the guidance as a draft, said the purpose was to help prevent mental health disorders from going undetected and untreated.

“It’s simply terrible care to give somebody a seven-question questionnaire in the office and write a prescription on that basis without addressing the bigger picture,” Shedler, who has authored over 100 scholarly and scientific papers in psychology, said.

US LIFE EXPECTANCY FELL AGAIN IN 2021, LARGELY DUE TO COVID-19

More than 30% of adults reported symptoms of an anxiety or depressive disorder this summer, the National Center for Health Statistics estimates. The share of adults who received mental health treatment increased to nearly 23% in 2021, up from 19% in 2019, according to the Centers for Disease Control and Prevention.

Shedler worries that mass screening will lead to misdiagnosis, causing doctors to prescribe anxiety medications to patients who may not need them.

The psychologist pointed to a similar recommendation made by the panel in 2002 to standardize depression screenings, which was followed by a rise in people diagnosed with and prescribed anti-depressants. In 1996, roughly five million people were on anti-depressants. That number steadily rose to 13 million in 2015, according to a study by Frontiers in Psychiatry.

A member of the federal task force, American Psychological Association CEO Arthur C. Evans, told The Wall Street Journal that the group’s recommendation “is a really important step forward” in the country’s ongoing battle with mental health. “Screening for mental health conditions is critical to our ability to help people at the earliest possible moment,” he said.

Shedler, who has done extensive research on these types of standardized screening tests, said they are ineffective at identifying mental health disorders.

“Psychiatric difficulties don’t exist in a vacuum,” the psychologist told Fox News. “I think for vast numbers of people, the world is feeling increasingly unsafe and unpredictable.”

“There’s a difference between anxiety and fear,” he added. “On the screening questionnaires, there’s no distinction.”

“This kind of screening is going to diagnose huge numbers of people with a disorder and a good number of them are going to end up on a lifelong path of one medication and one treatment after another,” the doctor said. “When, in fact, they’re responding to realistic circumstances in the world.”

“There’s a lot of things going on in society, in culture, financially, politically, that leave people feeling extremely vulnerable,” Shedler told Fox News. He said fear often stems from these external dangers, while anxiety “is a response to internally arising dangers, psychological dangers.”

“If it’s not anxiety, but fear of something out there, psychological treatment isn’t going to be the answer,” he said.

Additionally, as mental health issues increase, doctors have raised concerns over a shortage of resources for those seeking help.

“We have a chronic shortage of psychiatrists, and it’s going to keep growing,” Saul Levin, MD, CEO and medical director of the American Psychiatric Association said during a May briefing. “People can’t get care. It affects their lives, their ability to work, to socialize, or even to get out of bed.”

By 2024, the U.S. will be short between 14,280 and 31,109 psychiatrists, and psychologists, social workers, and others will be overextended as well, according to a study published in Psychiatry Online.

Shedler said the lack of proper mental health care will only be made worse if the federal task force’s recommendation is finalized, as the number of patients seeking treatment will increase without proportionately adding mental health professionals.

He also highlighted that health insurers frequently don’t cover mental health treatment. When they do, it’s often only low-quality care that is covered, creating another barrier for those seeking treatment, according to Shedler.

“A competent, skilled mental health professional has the expertise to tease apart what’s a psychological difficulty that we can deal with in psychotherapy, where is medication a reasonable part of a comprehensive treatment and when isn’t it,” he told Fox News.

“That’s what we’re in the business of doing. It’s not what a primary care physician can do with a seven-question questionnaire,” Shedler said.

The proposed draft guidance is open to public comment through Oct. 17.

How to Choose the Best Hair Transplantation Clinic in Turkey