Anne Heche, ‘kept on life support,’ always wanted to be an organ donor 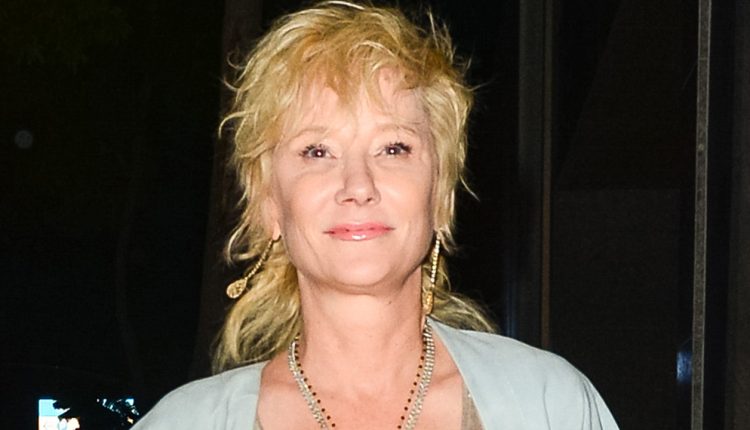 Actress Anne Heche, as of Friday morning, remains in a coma after suffering a “severe” brain injury and is “not expected to survive,” a representative for the actress told Fox News Digital on Thursday evening.

The rep added that Heche’s wish had always been to be an organ donor — and that “she’s being kept on life support to determine if any [organs] are viable.”

She will be staying on a ventilator to determine whether any organs are able to be donated, according to her wishes.

“We want to thank everyone for their kind wishes and prayers for Anne’s recovery and thank the dedicated staff and wonderful nurses that cared for Anne at the Grossman Burn Center at West Hills hospital,” continued the statement.

The statement was made on the behalf of Heche’s friends and family, as Fox News Digital reported on Thursday evening.

Anne Heche, pictured here in 2021, has not regained consciousness since shortly after a car crash last Friday.
(JOCE-BauerGriffin)

Heche’s rep also said on Thursday that the actress had not regained consciousness since shortly after the car crash that occurred last Friday.

The United Network for Organ Sharing (UNOS) says that 105,821 Americans are in need of an organ transplant right now.

In the first six months alone of 2022, there have been more than 24,000 transplants already, the same organization said.

In 2021, organ transplants reached a record level — surpassing 40,000 transfers for the first time ever.

Many organs and tissues can be transplanted.

Organ matching and allocation is a careful, deliberate process to ensure that an organ is best matched with its recipient.

“Uterus transplant should be considered a clinical reality in the U.S.,” the researchers wrote.

In 74% of those recipients, the uterus was still functioning one year post-transplant, the same outlet noted.

Organ matching and allocation is a careful, deliberate process to ensure that an organ is best matched with its recipient, according to UNOS.

Medical professionals will consider blood and tissue type, organ size, time spent awaiting a transplant and the distance between donor and recipient, in terms of matching criteria.

In special cases, other criteria include medical urgency, the degree of immune system match and whether the recipient is a child or adult.

Also, New York researchers recently transplanted pig hearts into two brain-dead people — as the latest in a string of developments in the long quest to one day save human lives with animal organs, as the Associated Press noted just last month.

Brie Stimson and Julia Musto, both of Fox News Digital, contributed reporting to this article.

Travelers entering US from Uganda to be screened for Ebola

Another COVID variant could emerge this winter, Fauci warns