Acetaminophen during pregnancy may be linked to attention and sleep problems in young children: New study 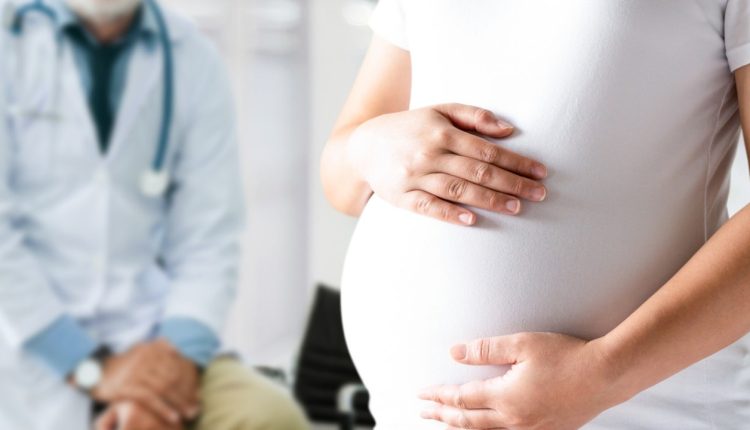 Taking the pain medication acetaminophen, also known under the brand name of Tylenol, during pregnancy may be associated with child behavioral issues at three years old.

That’s according to a new report published in the journal PLOS Medicine.

“Acetaminophen is commonly used during pregnancy to treat a variety of ailments, but evidence is emerging that shows acetaminophen may be associated with developmental concerns among children,” said lead author Kristin Sznajder, assistant professor of public health sciences at Penn State College of Medicine.

“Our research found that acetaminophen use during pregnancy increased the risk for attention and sleep problems among young children by more than 20%,” she told Fox News Digital.

Acetaminophen is often taken as an over-the counter medication to reduce pain and fever, according to the U.S. Food & Drug Administration (FDA).

Participants in a new study were asked what prescription and non-prescription medications (other than vitamins) they took occasionally during their pregnancy.
(iStock)

The FDA notes that acetaminophen “is found in hundreds of medicines including those used for colds, flu, allergies and sleep.”

Approximately 65%-70% of pregnant women have reported using the pain medication during pregnancy, according to multiple reports.

MELATONIN SHOULD BE AVOIDED IN CHILDREN UNLESS DIRECTED BY A HEALTH CARE PROFESSIONAL, SAYS SLEEP ACADEMY

“Although acetaminophen has been shown to cross the placental barrier and therefore may directly impact fetal development, the mechanisms of action for the effect of acetaminophen on fetuses are unknown,” the study said.

For this study, the researchers studied 2,423 mother-child pairs, in which women completed a “prenatal stress inventory.”

The researchers from Penn State reviewed data from the First Baby Study, which is a prospective study designed to examine the impact of a mother’s mode of delivery on childbearing by following more than 3,000 women who delivered babies from 2009 to 2011 in multiple hospitals in Pennsylvania.

For this study, the researchers studied 2,423 mother-child pairs, in which women completed a “prenatal stress inventory” and reported their medication use during their third trimester.

The participants were asked what prescription and non-prescription medications (other than vitamins) that they took occasionally during pregnancy.

The new study found that approximately 42% of the participants reported using acetaminophen during their pregnancies.
(iStock)

When their child turned three years old, they completed the Child Behavior Checklist (CBCL), which “has been widely used in studies of neurodevelopmental and behavioral outcomes in young children,” per the study.

The women completed the 99-item CBCL questionnaire that asked them to rate their child using a three-point scale on a variety of behaviors, such as restlessness, avoiding eye contact and not wanting to sleep alone.

The mothers were interviewed at baseline to evaluate for depression and the level of stress during pregnancy.

The results of the study

The study found that approximately 42% participants reported using acetaminophen during pregnancy, with a third of women going through labor induction and 29.4% undergoing a Cesarean delivery.

The women who used acetaminophen were also more likely to have consumed alcohol during pregnancy, have private insurance and be non-Hispanic white.

The study noted several limitations, including not determining the dose or frequency of use of acetaminophen among the participants’ pregnancies.
(iStock)

They were also more likely to have ingested other non-prescription drugs in addition to acetaminophen, compared with women who did not take acetaminophen.

When the study analyzed the data without controlling for confounding variables, it found “acetaminophen use was associated with higher scores in three areas: [children who are] withdrawn, [have] sleep problems and [have] attention problems.”

Health care professionals should balance the benefits with the risks in recommending acetaminophen during pregnancy, the authors of a new study suggested.

OHIO WOMAN’S SECOND BABY AS ‘A RESULT OF CO-SLEEPING’: WHAT IS CO-SLEEPING?

The study only assessed the child’s behavior via the mother’s observations and impressions — not via a trained psychologist.

The researchers may have also underestimated acetaminophen use among the participants because the women were only asked about their medication history at one time period during their pregnancy.

The study also only assessed the child’s behavior via the mother’s observations and impressions — and not via a trained psychologist.

The pregnant women were only asked about their medication history at one time period during their pregnancy, not consistently throughout the pregnancy.
(iStock )

This study concluded in its findings “an association between acetaminophen use and child behavioral problems at the age of three years.”

Health care professionals should balance the benefits with the risks in recommending acetaminophen during pregnancy, the authors suggested.

Is acetaminophen safe to use during pregnancy?

The FDA is aware of previous research that has shown an association between acetaminophen and the risk of attention deficit hyperactivity disorder (ADHD) in children born to women who took the pain medication during pregnancy.

The agency reviewed the research — but because of potential limitations in design and sometimes conflicting results, it has not found a reliable conclusion, according to its website.

“Pregnant women should always consult with their health care professional before taking any prescription or OTC medicine,” the FDA said.

“Women taking pain medicines who are considering becoming pregnant should also consult with their health care professionals to discuss the risks and benefits of pain medicine use.”

All You Need to Know About Your Plastic Surgery Journey

Kirstie Alley’s ‘recently discovered’ colon cancer battle: What to know about the…

Biden does not mention Russian arms…