Wear the pants for a modern look, in the style of Haifa Wehbe 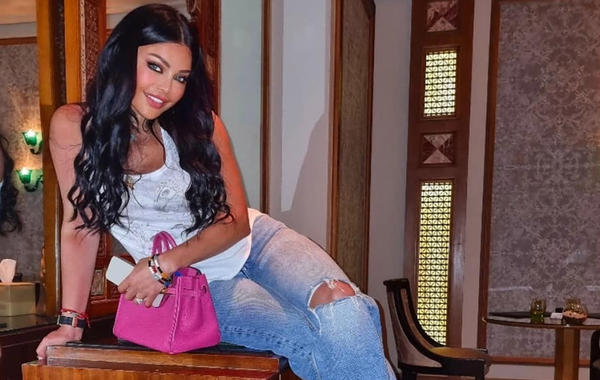 Haifa Wehbe continues to dazzle her followers on her Instagram account with her bold and striking looks that make her look younger and more youthful. In a tour of Haifa Wehbe’s Instagram, we were drawn to her looks with casual pants, from which you can take inspiration from your modern looks.

In one of her looks that caught the attention of her fans with her boldness and distinctiveness, Haifa Wehbe chose tight pants with military prints in gray tones, and she coordinated with a top with engraved and printed sleeves, and she wore black sneakers. You can be inspired by this look and give it some freshness by choosing a top in a contrasting and light color such as white, red or pink.

Earthy colors were the title of Haifa’s look in this photo, where she chose light brown denim pants, coordinated with him a top with engraved sleeves in white and decorated with a large drawing, while she also chose a brown bag with a wide belt in beige. If you love warm earth tones, then this look from Haifa will be the perfect inspiration for you.

In this look, Haifa managed to get a sporty chic look, as she wore blue jeans ripped from the knees, and coordinated with him a top with engraved sleeves in white with some soft graphics. Haifa chose a pink bag to add a touch of freshness to her look, and wore high-heeled shoes in the same color. If you want to maintain a touch of racism in your look, we recommend wearing sneakers instead of high heels.

It is a sporty look par excellence. Haifa wore black leggings and coordinated with a gray and yellow top, with engraved sleeves as well, and wore sneakers. As for the bag, it was chosen in a bright orange color to add to the liveliness of the look.