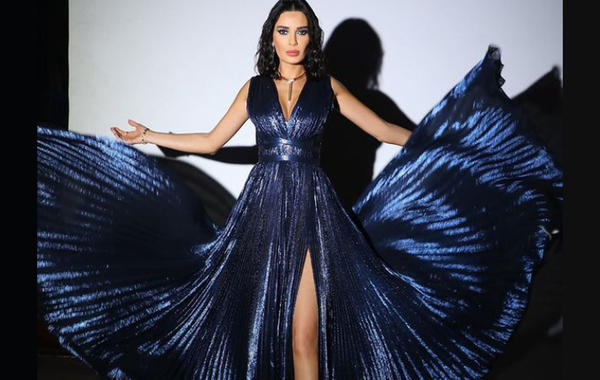 The year 2021 recorded charming looks for the stars, and we were confused in choosing the most beautiful ones, but we undoubtedly chose a bouquet that expresses the most beautiful according to the comments and responses recorded by social networks, whether by the costume designer or by the star. We have chosen for you, madam, 8 of the most beautiful dresses in which Arab stars appeared this year:

The star, Haifa Wehbe, starred in a nude embroidered elegant dress designed by Youssef Al Jasmi, and coordinated with it a short fur jacket. She wore metallic silver sandals with white feathers from Jimmy Choo, and was adorned with diamond jewelry.

During her participation in the Hope Film Festival in Sweden, the star Carole Samaha charmed us in a crepe jumpsuit in the color of blue indigo with wide legs, and she was adorned with jewels studded with precious stones in fuchsia and green, designed by Aurour Ezz El Din. The outfit was designed by Gemmy Maalouf.

The star, Asala, shone this year as the bride in a white vintage lace dress with a dropped shoulders, highlighting the wonderful collar that adorned her neck. The short hairdo she adopted this year suited her. It is known that the star Asala mostly wears designer Nicolas Gibran and together they form a successful duo.

During the recent Jerash festivals, Najwa Karam dazzled in a white dress with embellished and colorful flowers on the edges. The dress was designed by Ramzen, and it belongs to the Spring-Summer 2021 collection, and the collection bore the name Love of Life.

In the year 2021, the star, Cyrine Abdel Nour, charmed us when she wore a dark blue lamé dress, decorated with frills and pleats, and a feminine slit at the skirt. The outfit was designed by Zuhair Murad and was adorned with Bvlgari diamonds.
Follow more: Elegant winter looks inspired by Nancy Ajram

Nancy Ajram wore a sparkling jumpsuit in burgundy color, which is one of the most beautiful looks for the star, which we used to see recently in black or in classic Elie Saab looks, but she chose in this look the outfit designed by Jean-Louis Sabaji.
Follow more: Casual looks inspired by Maya Diab that fit your day trips

The star, Maya Diab, sparkled in an outfit consisting of a short crop top and a black tight skirt studded with glowing crystals, designed by Jean-Louis Sabaji. She wore a jeweled hat on her head. She wore black sandals studded with crystals and wrapped around the ankle.

Note: Pictures are from the Instagram accounts of the stars