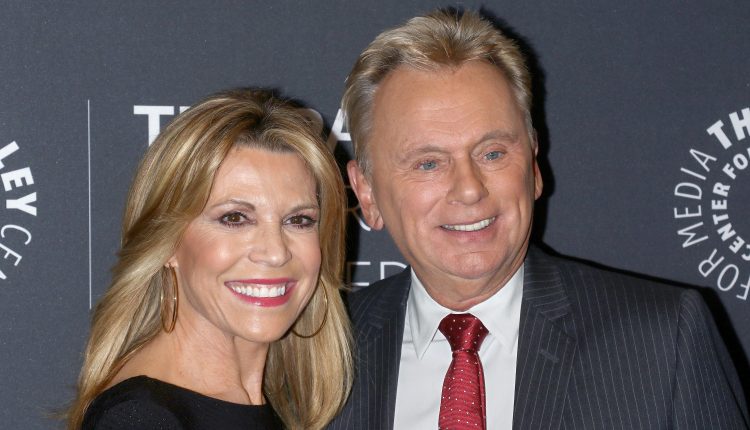 Vanna White has a special connection with her co-host, Pat Sajak.

Since 1982, White and Pat Sajak have been co-hosts of “Wheel of Fortune.” White recently revealed that she views her co-host as a “brother” and that the duo make a great “team.”

“He is so funny. He really is. We see each other every couple of weeks for a couple of days. It’s perfect,” White said in an interview with People magazine. “Then we don’t see each other and then, we come back to work. And he is always making me laugh.”

Vanna White and Pat Sajak have a “brother and sister” type of relationship.
(Jim Spellman/WireImage)

She continued: “I think when [series creator] Merv Griffin chose both of us, 40 and 41 years ago, he saw something between us — a brother/sister-type relationship.”

“And I think that is kind of what it is. He saw that we would be able to get along, and we do. We are like a brother and sister team.”

In September 2021, Sajak, 76, revealed that he and White were “closer to the end than the beginning” of hosting the game show. White, 65, is having a harder time saying goodbye.

Vanna White and Pat Sajak have been co-hosts of “Wheel of Fortune” since 1982.
(Getty Images)

During this time, Variety reported that both White and Sajak renewed their contracts through at least the 2023-2024 television series, so it is unclear exactly when the duo will make their exit.

HOW MANY DRESSES DOES VANNA WHITE OWN? INSIDE THE ‘WHEEL OF FORTUNE’ CO-HOST’S WARDROBE

White revealed that it is hard for her to visualize what “Wheel of Fortune” will look like without either host. “I just visualize us just being there. I can’t think beyond that,” she explained.

She noted that she is unsure if the game show will go on without her and Sajak.

“I can’t imagine. Everybody relates ‘Wheel of Fortune’ to Pat and Vanna. We’re like Ken and Barbie, you know?” White said. “We’ve been in everybody’s homes for 40 years, so it would be weird having somebody else turn my letters.”

Looking back on her time on the show, White said she is grateful for the past 40 years as host of “Wheel of Fortune.”

Vanna White revealed it will be “depressing” when she and Pat Sajak step away as hosts from “Wheel of Fortune.”
(Getty Images)

“It’s incredible. I cannot believe it’s been 40 years. Honestly, I’ve loved every minute of it,” she said.

White continued: “Who still says they love their job after 40 years? Me! I really do. It’s a fun show. Everybody watches and enjoys it and it changes people’s lives and it makes people happy. So it’s a great job.”