Tom Cruise Turns 60: How he conquered Hollywood and won over the royal family 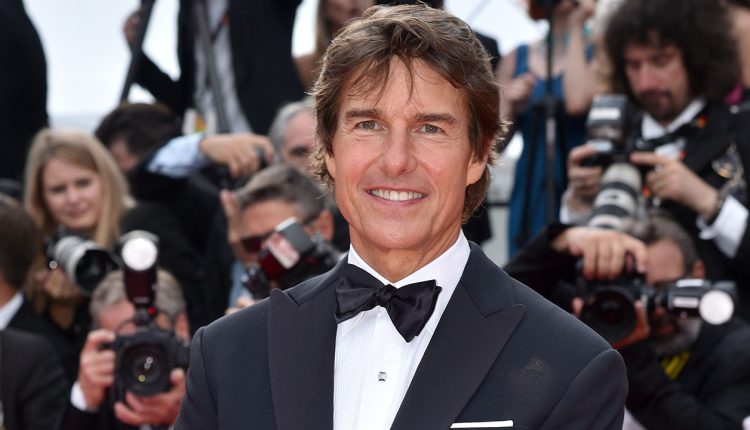 LONDON – Tom Cruise really does have the royal seal of approval.

Cruise is 60 years old. That is correct.

The superstar of Hollywood is 60 yet looks 35 up close. I should know. I just sat down with Tom while at Windsor Castle, where he hosted the brilliant royal event, “A Gallop Through History,” at the queen’s request.

The last few years have also seen Tom Cruise completely reinvent his public persona from eccentric, and at times embattled, to the consummate Hollywood leading man with ageless good looks and box office receipts to match.

As Tom strode onto the large platform at Windsor Castle facing the lady who has reigned over the commonwealth for the last 70 years he was, as he admitted to a source, “nervous.”

“I really admire Queen Elizabeth,” Tom said. “We can all learn lessons from her, and she is such a vibrant lady with a zest for life that really is addictive. But, you know, despite all the films and success, this was a ‘moment,’ as they say, and thankfully all went well. But when you look at who she has met across the decades you do think, ‘Why did they ask me?’”

Tom proved a great and affable emcee, plus added that international glamour to the event, which really helped ratings bust through the roof. However, Tom has had previous engagements with royals, and this could be the reason why he was invited by the queen to host.

In 2017, Tom made a huge impression on the late Duke of Edinburgh. Both men were supporters of the Outward Bound trust, an educational charity that seeks to improve the lives of children and young people through outdoor activities and learning. They attended a dinner hosted at Buckingham Palace to honor the 75th anniversary of the U.K.-based organization.

And they got on like old chums, with Philip laughing out loud many times at the event, cementing his place in the royal circle. The queen noted that and kept it by for this massive royal year.

Tom also became chums with the late Princess Diana when Tom was married to Nicole Kidman. The pair had met the princess at a screening of “Far and Away” in 1992, and Tom told me he was “devastated” by her passing.

“She was a magical person and really engulfed you with her personality,” he said.

Diana also loved the movie original, “Top Gun,” and would often watch it on video at Kensington Palace with both Princes William and Harry.

Tom’s 60th birthday on July 3 marked a major milestone in an extraordinary life, one at the very top of the movie business. But the biggest question on everyone’s lips here recently in the U.K. was: Did the Duchess of Cambridge and Tom Cruise break royal protocol?

This was because the ever gallant Tom offered assistance on the stairs for the Duchess Catherine as she ascended in towering glam heels.

As Tom pointed out, “It’s natural right? And it’s what my mom taught me to do — be a gentleman and offer assistance. It was a moment thing. And, honestly, I did not see anything wrong in it, yet we did giggle about it afterwards simply because, well I should have remembered.”

When I spoke with Tom recently, he wouldn’t weigh in on whether William and Catherine will attend his U.K.-based birthday party, but he hopes they do “if they could spare the time.”

Tom knows that the royal premiere of his new movie, which shot to No. 1 around the world, is all thanks to them.

“People love the British royals as do I, and I am aware they brought so much focus onto the event of which I am so grateful and well happy beyond words,” Tom revealed to a source.

Tom has asked all guests for no presents as “I truly have enough. I mean I don’t need anything. So donations to my charities is what would make me most happy, and I check in with them all the time.”

Tom admitted 60 sounds like, “Wow, you know.” But as Tom hits that milestone this weekend, it’s clearly the start of something big even after all these years still the No. 1 box office star in the world and now with the royal seal of approval too.