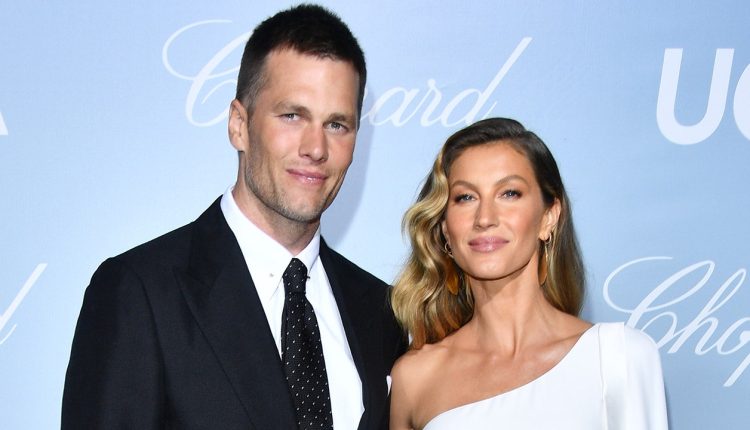 Tom Brady and Gisele Bündchen are reportedly not staying together in Miami amid Hurricane Ian.

A source told Page Six that both Brady and Bündchen are in Miami, but they are staying in separate homes. The NFL star and his fellow Tampa Bay Buccaneers teammates left the city earlier in the week as the storm approached.

The source told the outlet that the Brazilian fashion model is at the home the family stayed in while their place on Indian Creek Island was being renovated in 2020. The outlet did not share where Brady is reportedly staying. The children are also in Miami, Page Six reported.

Tom Brady and his wife, Gisele Bündchen, are reportedly staying separately while in Miami.
(Steve Granitz)

On Monday, the Tampa Bay quarterback discussed preparing their Florida home ahead of the natural disaster on “Let’s Go! with Tom Brady, Larry Fitzgerald and Jim Gray.”

GISELE BÜNDCHEN ADMITS ‘CONCERNS’ OVER TOM BRADY’S RETURN TO NFL, SAYS SHE WISHES HE COULD BE ‘MORE PRESENT’

“I don’t think that anyone’s really prepared for this,” Brady said. “I know I’ve been preparing all morning and get all my stuff [that I keep] outside, try to put it inside, try to get all the stuff on the ground level up a little bit higher.”

Brady and Bündchen’s two children: son Benjamin, 12, and daughter Vivian, 9, were spotted supporting their dad during his home opening game on Sunday at Raymond James Stadium. His wife was noticeably not in the stands.

Brady’s mother and sister reportedly accompanied the children to the game along Florida’s Gulf Coast, where the Bucs ended up losing to Aaron Rodgers and the Green Bay Packers.

Part of the contention in Brady’s marriage is reportedly due to his decision to come out of retirement earlier this year.

Tom Brady stopped by to greet his family before his football game on Sunday, but noticeably absent was his wife, Gisele.
(Douglas P. DeFelice)

Meanwhile, a source told Page Six that the couple, who have been married for 13 years, has “grown apart.” “Tom and Gisele have recently struggled to make their marriage work and have grown apart,” the source claimed.

Hurricane Ian, one of the most powerful storms ever recorded in the U.S., swamped southwest Florida on Wednesday, turning streets into rivers, knocking out power to 1.8 million people and threatening catastrophic damage further inland.

Fox News Digital’s Tracy Wright and The Associated Press contributed to this report.