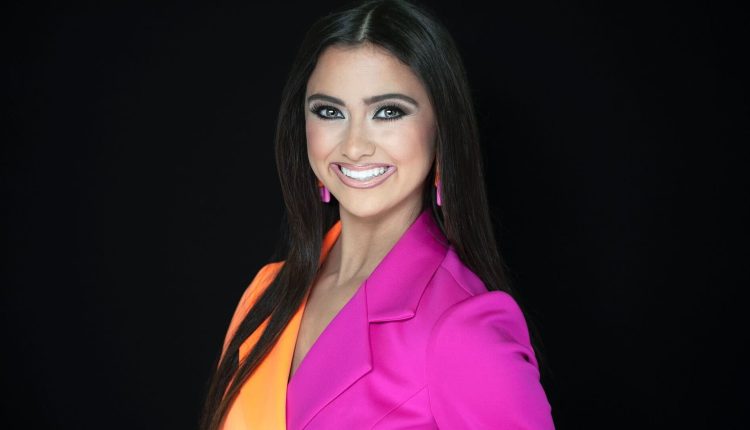 Editor’s note: This story discusses suicide. If you or someone you know is having thoughts of suicide, please contact the National Suicide Prevention Lifeline at 1-800-273-TALK (8255).

Kailia Posey’s family and friends are celebrating the life of the late “Toddlers and Tiaras” star.

On Saturday, loved ones gathered at North County Christ the King Church in Lynden to memorialize Posey, which was live-streamed on the church’s website.

Posey’s stepfather, Steve Gatterman, announced the event on Facebook on Friday. “It will be a celebration filled with photos, videos, and stories about how she touched so many hearts in such a positive way,” he wrote. “There will also be a few surprises that are pure Kailia…”

Kailia Posey was remembered by family and friends in a celebration of life on Saturday.

A large crowd gathered and more than 700 people joined virtually to remember the pageant star through pictures, videos and personal memories of Posey. The service concluded with a reception and a selfie booth in honor of Posey’s “love for selfies.”

Posey’s brother, Jayden Kai, was one of the individuals who spoke at her remembrance. He held back tears as he recalled cheering her on at pageants, just as she rooted for him at his football games. Jayden shared with the crowd that he recently comforted Posey when she was sad.

“I just wanted her to know that she had someone and that I was always there for her,” he said.

Posey’s cause and manner of death was confirmed by the Whatcom County Medical Examiner’s Office Wednesday in a release shared online.

Kailia Posey continued to compete in pageants after starring in “Toddlers and Tiaras.”

The 16-year-old pageant star died by “asphyxia due to ligature hanging and the manner is suicide,” according to authorities.

“I don’t have words or any thoughts,” she wrote. “A beautiful baby girl is gone. Please give us privacy as we mourn the loss of Kailia. My baby forever.”

Since Posey’s shocking death, her community launched a GoFundMe campaign that surpassed its original $15,000 goal, which was raised to help fund funeral costs.

Some of the late teen’s friends started selling apparel in her honor at their high school after launching the “Kailia Posey Teen Crisis Intervention Fund.” This fund was created as a resource to help other students in need.

“Trying to find the beauty in ashes is hard to do when you are 16 and processing such a thing as this. Especially when it’s your best friend, your person,” the foundation page reads.

“We want these hoodies to represent her light. Her life. And her joy. We also want to bring awareness that THERE IS LIGHT even when you don’t feel it. Help is one olive branch away. Please make sure to always extend your olive branch, and don’t be afraid to grab on to someone else’s if needed.”

Kate Middleton shares why her three children weren’t at the ‘Top Gun: Maverick’…