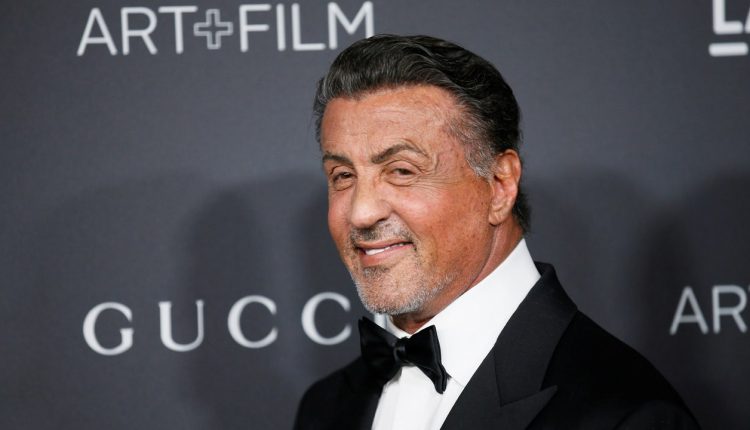 Sylvester Stallone admitted that he was worried filming his new Paramount+ reality show would be embarrassing “every day.”

The 76-year-old actor is starring in an upcoming family reality series alongside his wife Jennifer Flavin, 54, and daughters Sophia, 26, Sistine, 24, and Scarlet, 20, that was created by the producers of “Keeping Up With the Kardashians.”

“I’d think, ‘Why do I need to do this crap, seriously?'” Stallone told ET Canada in an interview published on Thursday.

Sylvester Stallone worried “every day” that he would be embarrassed while filming his new reality show.
(Reuters)

He continued, “So you had to set parameters. No one’s coming into the bathroom and watching you brush your teeth.”

“You have to stay in this room,” the “Rocky” star added. “And it worked out.”

Stallone went on to say that “99 percent” of the show was for “my daughters to explore their lives, to see it, chronicle it and I’ll manifest myself here and there.”

“I want to get real with my daughters,” he noted. “I actually want to have footage of that.”

The “Tulsa King” actor explained that though filming the series was “uncharted waters” for him, he found it “interesting” to give fans a look at his home life.

“I would love to have seen stars, growing up, seeing stars like, ‘Oh, here’s Brando at home making eggs and goofing around.’ That’s interesting,” he said.

The 76-year-old actor is starring in an upcoming family reality series alongside his wife Jennifer Flavin, 54, and daughters Sophia, 26, Sistine, 24, and Scarlet, 20.
(Matt Winkelmeyer)

“They’re actually human. They don’t walk around with sunglasses and people putting makeup on all day and learning lines. They really do silly, repetitive, goofy things that we all do in life. That kind of thing.”

Stallone praised “The Osbournes”, the MTV reality show that followed the family life of Black Sabbath founder Ozzy Osbourne, for its authenticity.

“I think the first one that really hit it right was Ozzy Osbourne,” he said. “He just didn’t care. ‘My dog craps on the floor, I’m not some superstar’.”

Last month, Stallone announced the reality show in a video that he shared on his brother Frank’s Instagram page. In the clip, he said, “It’s done by Bunim-Murray, who were the force behind the Kardashians and it’s a very, very strong line-up.”

“This is going to be incredible,” he added. “I am in a reality show, I’m popping in and out.”

Stallone said that he was motivated to participate in the show because he wanted to spend time with his family. “And what’s better?” he said. “When you have to deal with each other all day long and it’s going to be on film. I’ll be there forever in one form or another with the family.”

Earlier this month, Stallone told The Hollywood Reporter that his biggest regret was not spending more time with his family due to his busy career. “That’s one of the reasons I wanted to do the reality show that I’ve been taking a lot of s**t for,” he explained.

The actor told the outlet that the unscripted series was going to be “the ultimate home movie.”

Stallone said that his brief split with Flavin will be included in the show.
(Jason LaVeris/FilmMagic)

Stallone also revealed that his brief split from Flavin will be included in the show. In August, the former model filed for divorce from the actor after 25 years of marriage. However, the pair announced that they had reconciled at the end of September.

“Of course it’s part of the show,” he said. “It’s the John Lennon thing: ‘Life is what happens when you’re making other plans.’ Hopefully, you’re involved with people who understand the foibles of life and the fragility of it and how rare a real good relationship is.”

“Sometimes I put the work ahead of [my family], and that is a tragic mistake which won’t happen again.”

19 years later, what happened to missing…