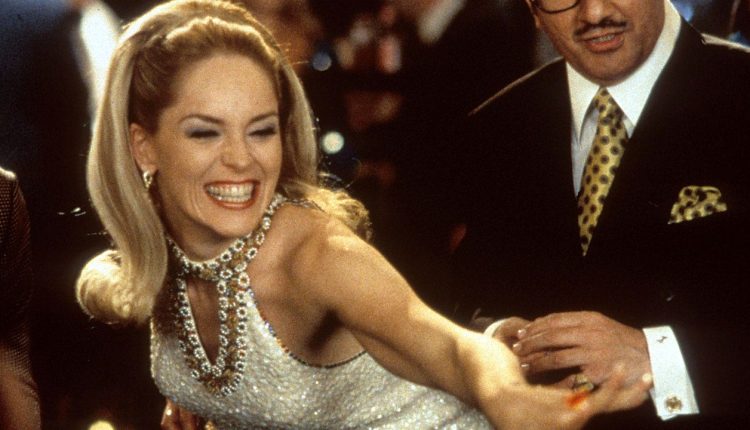 Sharon Stone encouraged her children to sell her iconic movie costumes at auction after she passes away to make up for the pay disparity between herself and her male co-stars.

The 64-year-old actress shared a fan-created video to her Instagram Story on Friday that featured a clip from Stone’s 1995 movie “Casino” and claimed that the wardrobe budget for the film was $1 million.

“Just in case i die one day & my kids notice i never got equal pay & want to auction them,” the Emmy Award winner wrote on the video.

Sharon Stone wants her children to sell her iconic movie costumes at auction after she passes away.
(Universal Pictures/Getty Images)

The video also stated that the actress’s co-star Robert De Niro wore 70 costumes throughout the movie while Stone herself had 40 different looks and that both were allowed to keep their costumes after production wrapped.

SHARON STONE REVEALS SHE CHOSE ‘BASIC INSTINCT’ DRESS, KEPT IT BECAUSE SHE DIDN’T MAKE MUCH FROM FILM

Stone said that her children should auction off her costumes when they notice that she “never got equal pay.”
(Frazer Harrison/Getty Images)

“Casino” was met with critical acclaim and became a box office hit.  The movie earned Stone a Golden Globe Award for best actress in a motion picture — drama and an Academy Award nomination for best actress.

“Casino’s” costume designers were Rita Ryack and John Dunn. In a 2020 interview with Vogue, Stone said, “Rita was an enormous help, and she really is a genius.”

She continued, “Very few people see it as a whole, and not just a rack of clothing. When you walk on set and the costumes are correct, they not only define your character but they define the interplay of your character with the other characters and where you belong on the set. It all starts to make sense.”

The “Sliver” star told the outlet that she just kept one item from her “Casino” wardrobe. “The only thing I took was a Pucci jacket—the one that Ginger dies in, ironically,” she said.

Last February, Stone penned an essay for InStyle magazine about her iconic 1992 movie “Basic Instinct,” in which she revealed that she included a stipulation in her contract so that she could keep her wardrobe after filming wrapped.

“I put in my contract that I could keep the clothes,” she said. “People thought I was crazy, but the truth is I wasn’t getting paid much compared to my male co-star. I made $500,000; Michael (Douglas) made $14 million. So keeping my costumes was a really smart thing to do.”

The actress said she still has the white dress from the infamous “Basic Instinct” interrogation scene.
(TriStar Pictures)

Stone said she handpicked an item that her character Catherine Tramell wears in her first scene.

“The costume designer, Ellen Mirojnick, took me to Rodeo Drive and said, ‘You can pick out any one thing that you want for your character.’ At this point in my life, the idea that I could go into one of those high-end stores where a purse costs $20,000 and not feel like an impostor was beyond my comprehension,” she wrote.

“So to actually get to go into Hermès and buy a cream cashmere throw was a wow moment. I have it wrapped around me the first time you meet Catherine in the film. And it immediately helped me feel the power and the wealth that this character had.”

The Pennsylvania native explained that she has held onto many items from the wardrobe over the years, including the white dress that Catherine dons in the infamous interrogation scene.

“It was zipped up in a garment bag on the set, and it has never been opened since,” she said.

“I broke the zipper, so it’s hermetically sealed like a piece of art or a very cool time capsule.”