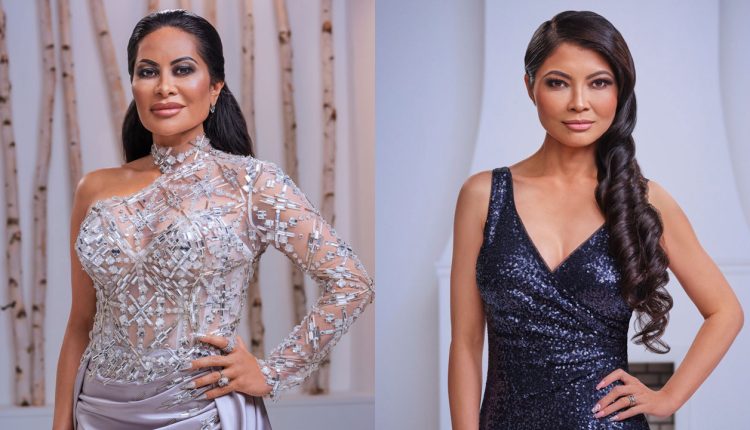 Nguyen appeared on Instagram Live on Wednesday to share her side of the story after being fired from the Bravo show.

The reality TV star claimed she couldn’t remember if she posted the resurfaced social media posts herself or if someone from her team did, but she took “full responsibility” for what critics called “racist” posts. In her Instagram Live on Wednesday, Nguyen stated that she is not “racist.”

Jen Shah went after Jennie Nguyen for ‘lying’ in her recent apology.

“She’s lying and she already admitted to my face she posted each and every one of those disgusting posts HERSELF,” Shah wrote in a comment. “The fact she brings a Black man on her IG Live just confirms she has not learned nor is she sorry.”

“This is Performative Slacktivism at its finest. (No Slacktivism wasn’t a typo),” she added. “I hope Jennie can do the real work it will take to grow and change her racist, and islamophobic views.”

Bravo’s decision to fire Nguyen came after fans called out the reality TV star for posts she shared on Facebook during the racial justice protests that took place in 2020. Nguyen advocated for violence against protestors in multiple posts that summer, according to Page Six.

Shah claimed Nguyen previously confided in her that she was the one who wrote the past social media posts that led to her firing from ‘Real Housewives of Salt Lake City.’
(Natalie Cass/Bravo/NBCU Photo Bank via Getty Images)

Nguyen’s apology on Wednesday wasn’t her first. The former “Real Housewives” star had previously apologized in a statement shared to Instagram shortly after she was publicly called out.

“I want to acknowledge and apologize for my deleted Facebook posts from 2020 that resurfaced today. At the time, I thought I was speaking out against violence, but I have since learned how offensive and hurtful my words were,” she wrote.

Bravo fired Nguyen over social media posts made in 2020 during the racial justice protests that took place across the United States.
(Charles Sykes/Bravo/NBCU Photo Bank via Getty Images)

“It’s why I deactivated that account more than a year ago and why I continue to try to learn about perspectives different from my own. I regret those posts and am sincerely sorry for the pain they caused.”