Prince Harry ‘has a penchant for wanting his cake and eating it too,’ royal expert claims 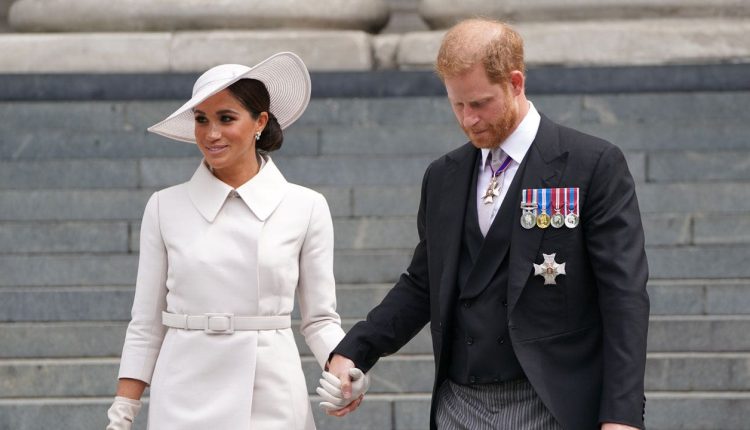 Prince Harry seems to have a tendency of “wanting his cake and eating it too” ever since he and Meghan Markle stepped back from their senior royal roles in 2020, according to one royal expert.

As the royal family drama continues to make headlines, Harry, formerly known as His Royal Highness Prince Harry, is waging a battle against the British government over security he lost when he stepped down from his role. The security requested by Prince Harry is only given to working royal family members.

Experts say this legal move by the Duke and Duchess of Sussex shows the two are being hypocritical. They want to be financially independent of the crown but still want the perks that come with an HRH title.

“Prince Harry has a penchant for ‘wanting his cake and eating it too,'” royal expert Hilary Forwich explained to Fox News Digital. “He would like royal protection, access and attendance at royal family events so that he can tattletale. Yet, at the same time, wants ‘his privacy’ all whilst hiring three PR firms?

Prince Harry and Meghan Markle have engaged in hypocritical behavior since stepping down from their royal roles, according to royal experts.
(Chris J. Ratcliffe)

Prince Harry in his military uniform at a vigil for Queen Elizabeth II.
(Aaron Chown/Pool/AFP via Getty Images)

“He wanted to wear his military uniform at his beloved [grandmother’s] funeral but doesn’t want to work as a royal?”

Prince Harry was granted permission to wear his Blues and Royals uniform as the grandchildren of Queen Elizabeth II held a vigil on the Saturday before Her Majesty’s funeral.

Years before, the prince was also given permission to grow a beard ahead of his wedding to Markle in 2018.

“He wanted the rules broken to wear a beard back at his wedding, despite Army policy regarding beards restricting them only to be grown with the commanding officer’s authority,” Fordwich further explained. “Exceptions usually are only granted on medical or religious grounds or where tradition permits. So he secured a personal dispensation from Her Majesty Queen Elizabeth II, yet it’s never enough.”

Prince Harry and Meghan Markle inside St. George’s Chapel at Windsor Castle during their wedding service May 19, 2018.
(Reuters)

Prince Harry and Markle later made headlines after working to keep the birth of their first child Archie secret from the media and public. Archie was born May 6, 2019, but the Duke and Duchess of Sussex didn’t pose with their newborn son until days later. Only one journalist and one photographer were present for the moment.

“Royal protocol is to share the birth with the nation, but Archie’s christening back in July ’19 couldn’t have been more private as it was held with fewer than 25 guests in Windsor Castle’s Private Chapel,” Fordwich told Fox News Digital.

“That kind of secrecy — sending the message to the public that while we’d like you to listen to our whinging and whining about our mental problems, we don’t want to even so much as share this with you — began the sewing of the seeds, for the public, that the Sussexes were going too far with their hypocritical habits.”

The Duke and Duchess of Sussex stepped back from their senior royal roles in 2020.
(Chris Jackson/Pool/Getty Images)

Royal expert Shannon Felton Spence further explained that Prince Harry and Markle’s behavior is “akin to quitting your job and expecting the company to still pay for your benefits.”

“Everything they want is part of the benefit package at the job,” Spence said. “They quit the job.”

Spence noted that Harry’s decision to step away from the royal family and set out on a mission to be financially independent isn’t necessarily a bad thing, especially since he’s fifth in line for the throne. If Harry were to find a successful way to be independent of the monarchy, it could be used by others, namely Princess Charlotte and Prince Louis.

“It’s not such a bad thing for Harry to want to find another way of life for the [fifth] in line for the throne,” Spence explained. “The monarchy’s survival depends on a more streamlined royal family. If he found a way to truly exit life as a working royal and be financially independent without hurting the institution, that would be a huge win. It would actually benefit Charlotte and Louis in the future by providing a roadmap for what is possible once you are too far down the line of succession.

“But that’s not what they wanted. They wanted all the freedom and the perks. And that’s not the job. So it’s now more of a mess than ever.”

The mess has spilled over in the media, creating headline after headline regarding the royal family rift. However, Spence noted the crown is at fault too. She claimed it was in the “best interest” of “The Firm,” as the royal family is sometimes called, to help Prince Harry and Markle find their path to independence.

“There is blame to be shared for how it has ended up. It was also in the institution’s best interest to find that independent path forward for them and to lay the groundwork for the future generations,” Spence told Fox News Digital. “But emotions took over, and now everything is underlined with bitterness.”